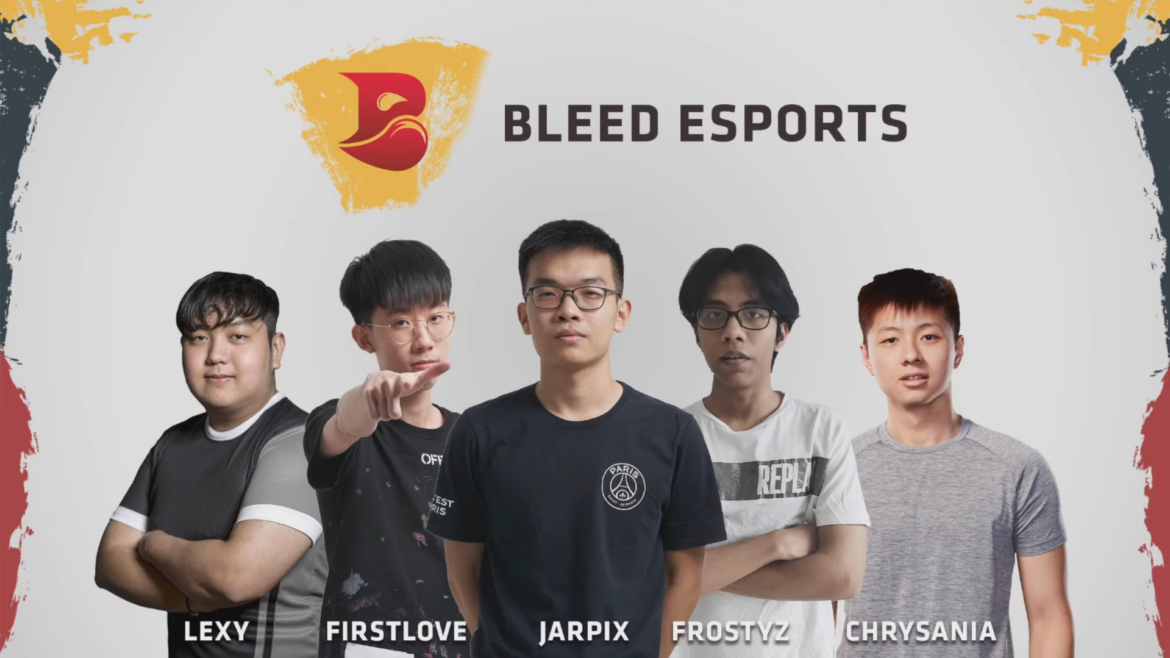 Bleed eSports has confirmed that it has bid farewell with three of its players, Muhammad “FrostyZ” Adam, Ian “Chrysania” Zhe, and Pooi “jarpiX” Justin, with immediate effect moving forward.

Having signed their release papers, jarpiX will step away from the competitive scene for the time being to pursue other interests while the others are open to offers.

FrostyZ, Chrysania, and jarpiX leave Bleed eSports after spending much of their six-month career with the lineup. The lineup was initially formed under the UwU banner, where they made their mark for the first time in the international landscape by beating Paper Rex in the VCT MY/SG Stage 3 Challengers 2 to earn a spot in the VCT Stage 3 SEA Challengers Playoffs.

Despite failing to qualify for the top eight, UwU put up a respectable showing for an unsigned team at the time, edging out more experienced squads such as Alter Ego, CERBERUS Esports, and Oasis Gaming in 3/3 series ties.

The Singaporean side found their new home in Bleed eSports one month after the Challengers Playoffs concluded and peaked at No. 8 in the APAC rankings by placing high in their recent run in the KJC eSports VALORANT Invitational (2nd), EPULZE Royal SEA Challenge (3rd-4th), and The Esports Club Showdown (5th-6th). The lineup’s core made their last appearance in the latter tournament, finishing 5th-6th after losing to Alter Ego and Velocity Gaming.

In Chrysania’s official statement, he cited differing roster perspectives as the primary reason for the decision. Moving forward, the in-game leader will be taking a break from the game but will remain available to offers from any interested teams. FrostyZ has also stated his desire to return to the server as quickly as possible. The duelist player is open to both local and international offers.

Bleed eSports are yet to announce their plans for the future, with only Darren “FirstLove” Mok and Lee “LEXY” Xavier remaining from their active roster. The move means that the team will build around the duo for the upcoming 2022 VCT season.

With the three players released, Bleed eSports are now down to the following two-man lineup: