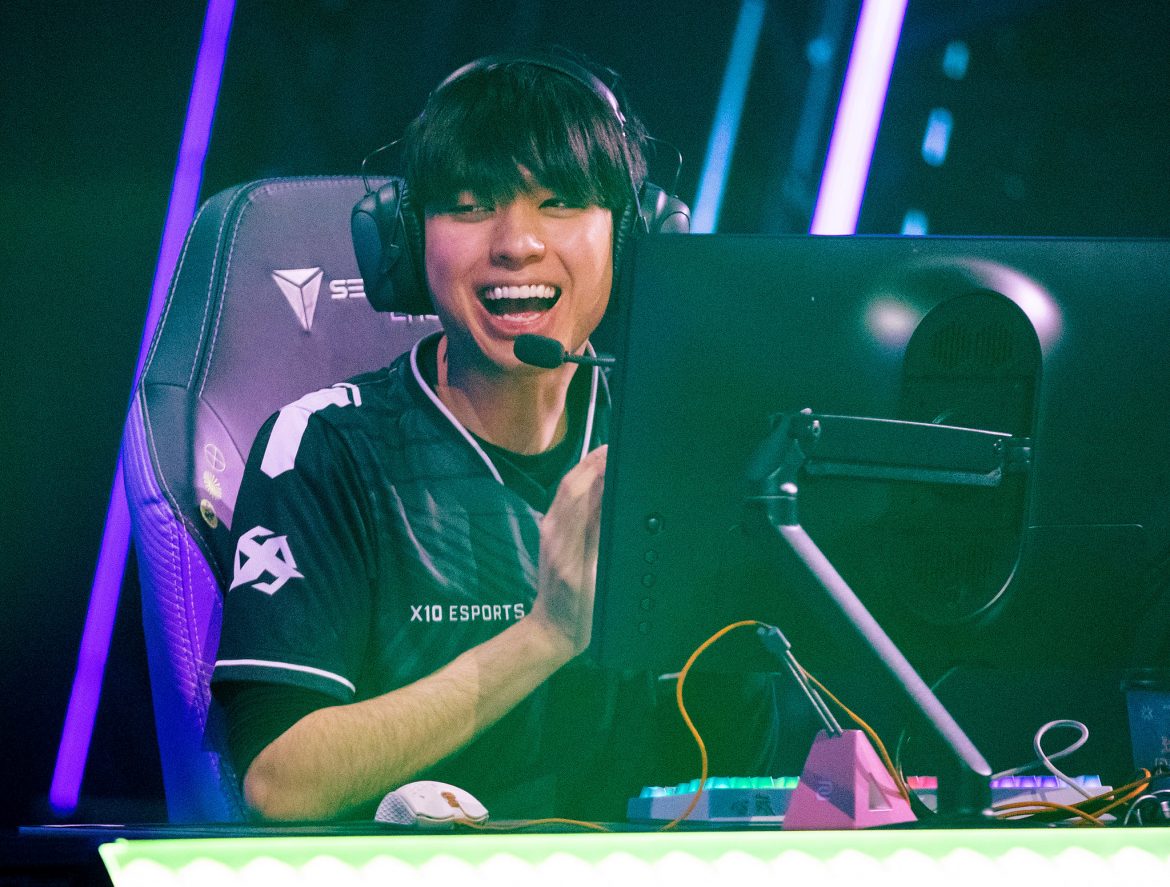 Back in the day, Itthirit “foxz” Ngamsaard was not seen as Thai’s most prominent name in CS:GO but has an important decision to make – keep up his middling CS:GO career or gamble his reputation on VALORANT – the latter choice proved to be the best choice of his life.

Thailand is, to some degree, also one of the most enthusiastic nations in Southeast Asia when it comes to VALORANT, drawing a large number of prospective individuals to the Asian professional player pool. One of their strongest squads is X10 Esports, having reigned dominant in Southeast Asia for a long period of time and establishing themselves as the team that deserves to represent Southeast Asia at VCT Masters Reykjavik.

With all the hype around the game, it also attracts a significant number of players from other multiplayer genres who want to try their luck in Riot’s first foray into the first-person shooter category. Itthirit “foxz” Ngamsaard was one of several players that attempted their luck in VALORANT, leaving a career in Counter-Strike: Global Offensive that he began in 2016.

Having played for numerous top teams in Thai, including Beyond Esports, Made in Thailand (MiTH), and Lucid Dream, the-22-year-old has also achieved an impressive run on domestic and international landscapes. Some of them were 4th place at DreamHack Masters Spring 2020 Asia, 3rd place at ESL Pro League Season 10 Asia, and a runner-up finish at OMEN Challenger Series 2019. Nonetheless, he seldom enjoys the trophy-lifting moment as the runner-up position being his often than not achievement.

Perfect World Asia League (PAL) Summer 2020 with Lucid Dream was his last appearance on the professional CS:GO landscape. One month following his leave from Lucid Dream, he hops onto the hype train of VALORANT.

Riot’s decision to offer Thailand its own VCT Stages reflects the success of VALORANT in Thailand. Riot Games and ESL Thailand’s collaboration is also a huge boost to the scene’s growth, greatly outperforming what Valve does in the whole Asia area.

Itthirit’s first-ever journey into VALORANT began in December 2020, when he took the opportunity with X10 Esports. He was signed alongside Pooh1Tap, sushiboys, sScary, and Crws, with AloNeFillz as substitute and 0bi as coach.

“Pooh, Crws, and I have known each other prior to joining the team as we have played CS:GO together for quite some time. We knew Sushiboys and sScary in VALORANT. Meanwhile, Patiphan is a well-known Overwatch player in Thailand, but I had never known him personally before.”

In the transition period, foxz felt the similarities between CS:GO and VALORANT helped him perform better. VALORANT matches are 5v5, with attackers tasked with either planting the bomb (called a spike) on one of the map’s three sites or eliminating the defenders. Each side has a buy phase during which they may acquire abilities and guns for the upcoming round.

The shooting mechanics are similar to those seen in Counter-Strike: Global Offensive. Each gun has a distinct spray pattern that, with enough effort, can be mastered. When a player fires while moving, their accuracy falls, causing them to peek, stop, and then fire their shot. Additionally, players sprint quicker when they have their knives out or are carrying lighter weapons. Due to the player’s limited mobility, the gameplay is relatively slow-paced and tactical.

In general, VALORANT and CSGO have very similar gameplay. When it comes to conquering Riot Games’ first-person shooter game, people who have prior experience in CS:GO may have an edge.

“The transition was not that difficult because the two games’ shooting mechanics are comparable. I think VALORANT is easier mechanic-wise, but the adaptation to using agents and its own abilities put it in the center of the difficulty scale. CS:GO, on the other hand, is more competitive. I put a lot of pressure on myself to perform better in CS:GO, thus moving to VALORANT already made me a solid competitive player.”

Six months following X10’s formation, the squad gained a reputation as Southeast Asia’s most powerful team. Their recent victories include first place at VCT 2021 SEA Stage 1 Masters, and VCT 2021 SEA Stage 2 Challengers Final, in which the latter made foxz and co. to qualify for VCT 2021 Masters Reykjavik.

With the reputation of Southeast Asia as the region with no “specialty” in the FPS realm, including CS:GO to fight the big boys in Europe, X10 could smash heads in Iceland, at least against other Asian teams. Hopefully, a short practice in Europe could bring fresh air to X10 to hold atleast until their subsequent LAN appearances.

Despite Southeast Asia’s reputation as a region behind Europe or North America in CS:GO, X10 proved that VALORANT is a different playing field and SEA VALORANT should not be taken for granted. While X10 only defeated the Crazy Racoons of Japan, a short practice in Europe should provide X10 with valuable experience in preparation for the next round of VCT.

After concentrating on VALORANT for six months, foxz has undoubtly become more familiar with the game. And when asked about the role, the 22-year-old answered entry-fragger as his favorite role. However, as VALORANT is not all about individual plays, therefore he is presently playing as a support player to help the other four secure rounds after rounds together. “And furthermore, my favorite agent is Sova,” as shown by his participation in 77,8 percent of VLR.gg-recorded Sova matches.

When discussing Southeast Asia, foxz also highlighted one nation that he believes is one of the strongest. “I believe that is Indonesia,” says foxz. “A lot of guys there have a lot of excellent aimers.”

As a VALORANT player, while Riot Games still continue to provide updates on the game, there is still a lot of space for improvement that can be suggested. A dedicated community that has embraced Counter-Strike since its inception is something that money cannot buy. It was one of the initiatives why VALORANT organized VCT and many other things to support the community. Itthirit is hoping for a third-party server and customizability support to be added soon, which Source Server provides. “I wish they have community mods such as Aimbot Training Map made by the community, and third-party DM servers with hundreds of features. “

“At last, thank you guys for your support, as well as always cheering on us. We will try our best to be the number one team in the world!”