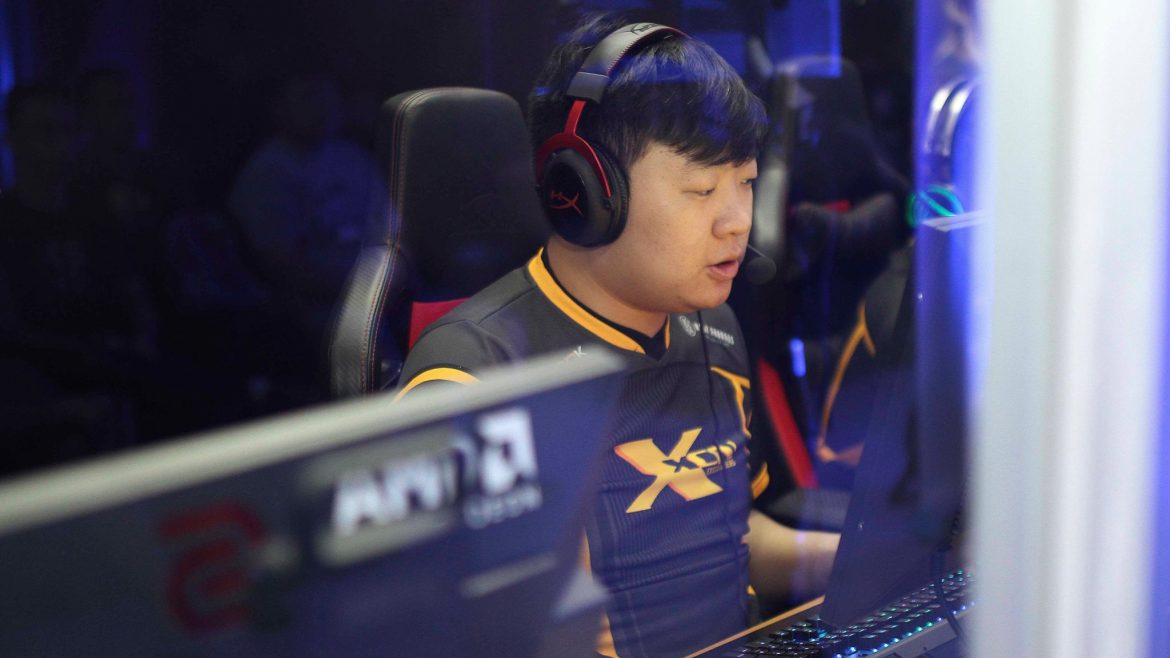 Two paths to choose: a stable gig at a big corporation, or a riskier move to pursue a career as a professional VALORANT player? Gary “blaZek1ng” Dastin chose the latter.

VALORANT, Riot’s first foray into the first-person shooter genre, has been a huge hit worldwide, especially in Asia. In Indonesia, VALORANT has outperformed its top competitor, Counter-Strike: Global Offensive, since its release in June 2020. The release of VALORANT has given PC FPS gamers hope that their genre of choice will not yet be wiped out by more popular mobile FPS games such as PUBG Mobile or Free Fire.

The accomplishments of Indonesian CS:GO teams in APAC is an important indicator to understand how Indonesia stacks up in the VALORANT scene. TEAMnxl>, Alter Ego, and BOOM Esports are commonly considered as Indonesia’s best teams, all being ranked amongst the 15 best teams in APAC.

Gary “blaZek1ng” Dastin, the captain of BOOM Esports, came from Counter-Strike: Global Offensive equipped with a ton of FPS experience and many notable achievements. His previous experience as a CS:GO player has proven to be very beneficial in conquering the Indonesian VALORANT scene.

While previously representing some of the most powerful teams in Indonesia, his all-time peak in CS:GO happened during ROG Masters 2017 Indonesia. Under the AKARA banner, they defeated Recca Esports, Indonesia’s strongest team at that time.

ROG Masters 2017 as The Last Chance to Prove Himself

On GLHF Production’s show “POG”, blaZek1ng described ROG Masters 2017 as the last opportunity to establish AKARA as a team worthy of being taken seriously. If AKARA would win the tournament, he would continue to play. If not, he would be retiring from CS:GO and esports altogether to concentrate on his personal life.

Recca Esports were completely dominating the Indonesian CS:GO scene in 2017, dismantling their domestic opponents with ease.

As luck has it, Recca Esports’ dominance came to an end in the ROG Masters 207 grand final against AKARA, with a 2-1 scoreline (Cobblestone 12-16, Cache 16-13, Inferno 16-7). The match was one Gary’s finest performances, topping the scoreboard with a monstrous 1.56 HLTV ratings, with the second best player on the server only posting a 1.13 rating. It was this particular victory that kept blaZek1ng from retiring from professional esports.

Two months after his historic win, AKARA established a strategic partnership with Indonesia’s oldest esports organization, Executioners (XcN). Only blaZek1ng, kr0, and former AKARA member scriN made the cut for what was XcN’s first foray into CS:GO.

Under the XcN banner, he was playing with Tejas “rite2ace” Sawant, who currently plays for Team Mahi VALORANT, and Adrian “adrnking” Setiawan who also used to be his teammate for more than 10 months under BOOM Esports VALORANT and now plays for Rex Regum Qeon (RRQ).

During his one year tenure with XcN, blaZek1ng finished first in the eXTREMESLLAND ZOWIE Asia CS:GO 2018 Indonesia Qualifier, and fourth at the IESPL TBOF CS:GO 2018, after which he departed XcN mid-season to join Rex Regum Qeon (RRQ) due to internal problems.

Rex Regum Qeon decided to form a CS:GO team ahead of IESPL TBOF CS:GO 2018, a ~US$131,447 6-month long league involving 12 of Indonesia’s largest esports organizations. RRQ was blaZek1ng’s first journey to play under an English-speaking roster together with Kevin “dispenser” Te and Jayvee “DubsteP” Paguirigan, both currently playing for Bren Esports VALORANT.

Rex Regum Qeon had completed its league-winning agenda with the completion of the IESPL TBOF CS:GO 2018 in January 2019. Shortly after, Indonesian esports organizations, including Rex Regum Qeon, were starting to step away from CS:GO one by one.

“We were aware of the disbandment. Because RRQ is initially a mobile-gaming-based organization, all of the players knew it was going to happen. Whether we win or lose the IESPL, we will be disbanded. As a result, we did not take the disbandment too heavily.”

The disbandment of RRQ CS:GO allowed him to spend more time concentrating on his final-year studies, which led to him obtaining a corporate job that he had for quite some time before he one day decided to pursue esports once again.

The Project A reveal by Riot Games at the end of 2019 piqued Gary’s interest despite his doubts about whether the game could enjoy success in Indonesia. Despite his skepticism, his view of a Riot developed FPS game shifted 180 degrees after the public release of VALORANT. “My first impression was that this game is enjoyable and worthwhile to try.”

VALORANT’s gaming mechanics are similar to that of CS:GO, which helps him adapt more easily. “When I initially played VALORANT, it was easier since I already knew the fundamentals (from CS:GO).”

The next chapter of blaZek1ng’s career began right away with the creation Boys With Love, a team comprised of four other former CS:GO professional players. During VALORANT’s beta test period, BWL were able to lift four community competition trophies in a short period of time. BOOM Esports then ended up signing the squad one month after the official release of VALORANT. The squad led by blaZek1ng looked scary from the start, especially when considering the lineup’s experience from the CS:GO days.

Sheldon “NcSlasher” Andersen is the only player without any CS:GO experience, instead he has a different set of experience from playing FPS games. He was previously a member of the Indonesian team Aerowolf ADS, who placed eighth in the FACEIT Global Summit 2019, the world’s first international PUBG PC championship.

Gary showed a lot of audacity when he resigned from his high-ranking position in the corporate world. He departed the firm a few months after signing with BOOM Esports, despite uncertainty about Riot Games’ commitment to VALORANT at that time. “I do what I wanna do,” said Gary.

BOOM Esports’ roster was made up of household names from CS:GO with a proven track record to perform at the same – if not greater – level in VALORANT. At the time of writing, BOOM Esports is presently ranked second in Indonesia according to VLR.gg, just behind NXL LIGAGAME.

Valorant Champions Tour, or VCT for short, is Riot Games’ official league. As VALORANT reached its one-year anniversary not long ago, more and more teams are experimenting with new strategies and styles of play. Every team on the planet is vying to craft the most effective approach of plans and tactics to dominate their respective regions.

Gary also reflects the growth of Asian teams. Teams who do not put in the effort to adapt to the current meta will quickly lose their spot in the next VCT Stage. Complacency is dangerous in VALORANT.

As an example, only three teams, BOOM Esports, Bigetron Astro, and MORPH Team, were able to consistently qualify to all of the main events in the second and third stages.

When asked which players should be on the watch list for VALORANT enthusiasts, he named Patiphan “Patiphan” Chaiwong from X10 Esports. The 17-year-old player used to be a professional Overwatch player. He also represented Thailand in the Overwatch World Cup in 2018. The Thai team has earned a place at the Champions after Bren Esports (now Team Secret) were unable to attend Masters 3 Berlin.

BOOM will have one last opportunity to qualify for the Champions through the APAC Last Chance Qualifier. They will compete against some of the region’s top teams, including FULL SENSE, Global Esports, REJECT, and six yet-to-be-determined teams.