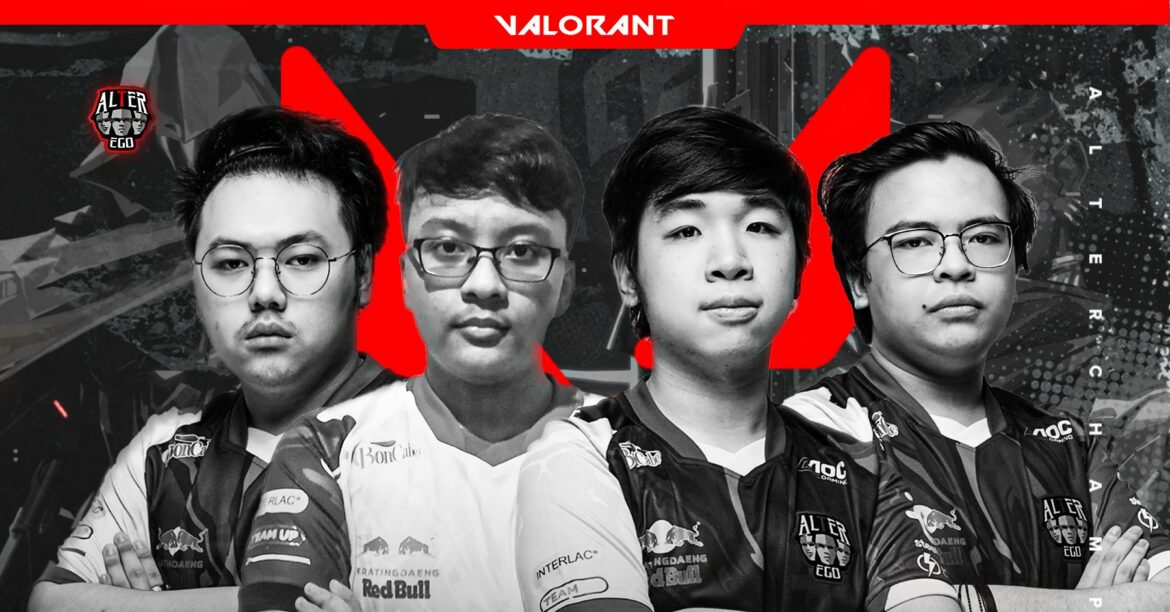 Just one month after the conclusion of VCT Stage 3 – SEA Challengers Playoffs, Alter Ego and four of their players have chosen to go their separate ways, the Indonesian organization has announced.

The announcement comes only four days after it was revealed that Rizkie “BerserX” Adla Kusuma announced his departure from the squad, effective immediately on September 20. Alter Ego had just recently broken out to the international stage when they placed 3rd at the VCT Stage 3 – SEA Challengers Playoffs, peaking at #6 in the APAC rankings following that success.

Alter Ego Esports expanded into VALORANT in July with the signing of 3nable, NiZ, LurkZz, Kyloo, and Vascalizz. However, in October, the management decided to overhaul the lineup, leaving just 3nable and recruiting the likes of Tehbotol, FrizzNatsz, BerserX, and frostmind.

The team then quickly established themselves as a powerhouse in the scene, winning numerous significant titles in the first year of VALORANT, including ESL Community Clash, AOC Masters Tournament 2020, and two runner-up finishes at VCT Indonesia Stage 1. Only David “Tehbotol” Monangin remained from Alter Ego’s initial roster signing eleven months ago.

“Every meeting led to a parting. It is with a heavy heart that Alter Ego Esports has to part away with Tehbotol, Lmemore, FrizzNatsz, and fatpenguin. Thank you for all of your contributions to the Alter Ego VALORANT division. All the best in all of your future endeavors!” the announcement reads.

The future of Alter Ego in VALORANT is now up in the air. However, with Muhammad Ridzuan “3nable” Hazi and Jonathan “naTz” Adiputra still under contract, rebuilding the roster remains a possibility. Avian “Whyphy” Luthfi, General Manager of Alter Ego, has hinted on his personal Instagram that the team’s rebuilding phase would begin shortly, with 3nable as the first piece of the new project.

⁣Most recently, Alter Ego were revealed to be taking part in the KJC eSports VALORANT Invitational, where they will play Philippine’s Zeal Esports. VALO2ASIA has reached out to the organizer for comment on the slot’s ownership.

Moving forward, the players have not yet officially revealed whether they will stick together or go their separate ways.