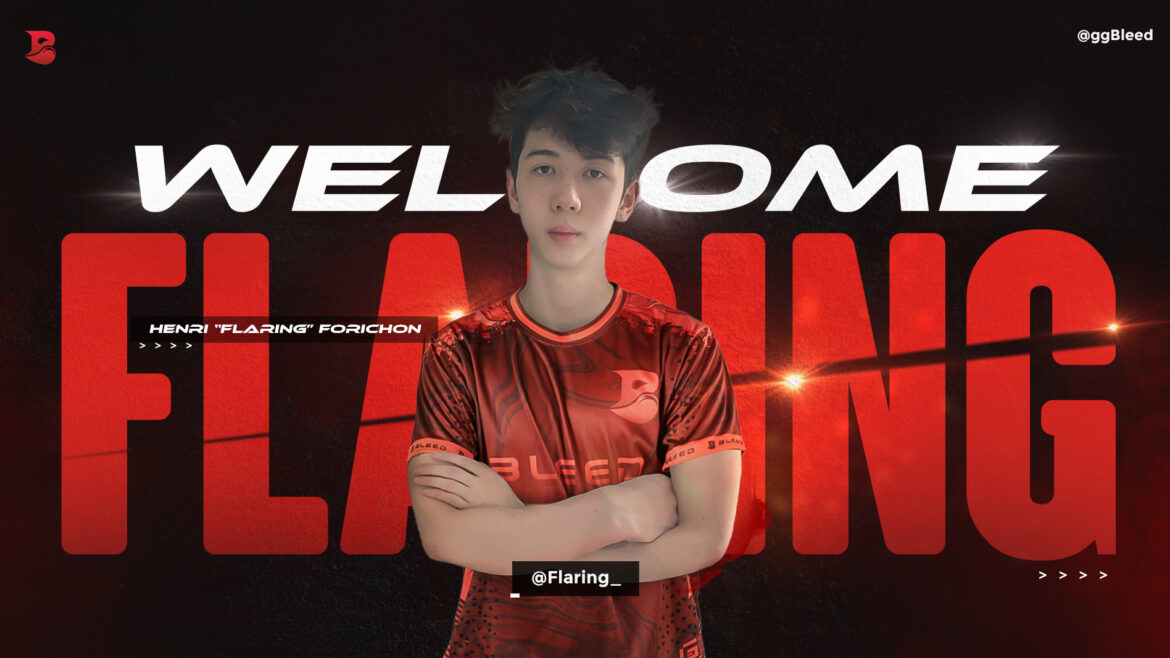 Bleed eSports have announced that they have secured the services of former Louvre member Henri “Flaring” Forichon.

The Controller player will take over a gap left by the absence of Jacob “pyth” Mourujärvi and Max “maxie” Lönnström due to Singapore’s suspension of quarantine-free travel from December 23, 2021, to January 20. The new suspension of quarantine-free travel is the latest change in Singapore’s travel restrictions, taking place five days after the duo’s signing in the last week of 2021.

“Unfortunately, Singapore has banned all inbound travel until Jan. 2o due to the emergence of the Omicron variant and spike in imported cases,” Bleed eSports said in the official statement. “Moving forward, we will be signing a seventh player in lieu of pyth and maxie’s absence ahead of VCT Qualifiers.”

Flaring returns to action after spending one month on the sidelines following the disbandment of the Louvre squad in December. He will be accompanied by some familiar faces in this new endeavor, having previously shared the same Louvre banner with Deryeon, lenne, and Juicy in the past.

Flaring could make his first official appearance for Bleed eSports in the VCT MY/SG Stage 1 Challengers event, which will supposedly kick off this month. The details of the region’s inaugural VCT event this year are yet to be revealed. Still, it is likely that the new two Swedish addition would not make it if the roster lock occurs prior to the lifting of Singapore’s latest travel restrictions.

With this move, Bleed eSports now have: