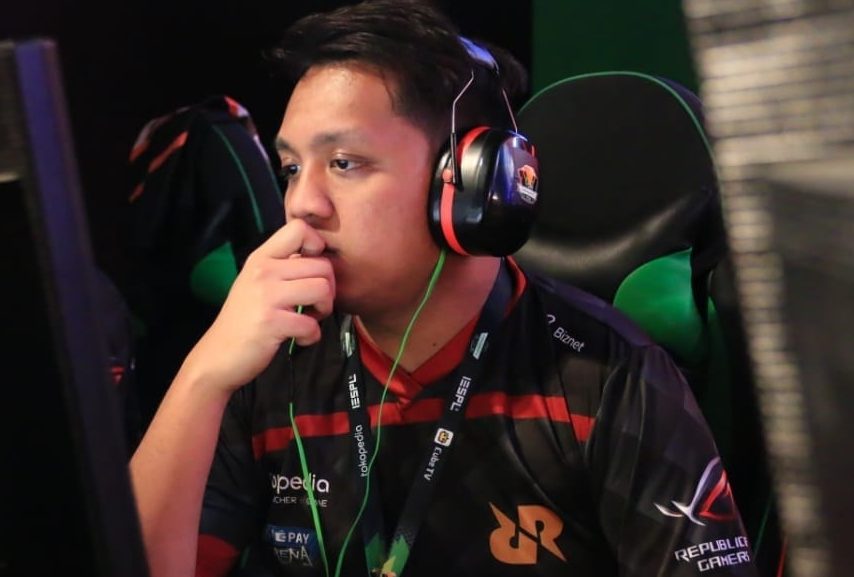 We sat down with Jayvee “DubsteP” Paguirigan and had a lengthy discussion about his story, as well as his early conversion to VALORANT, which helped the squad become one of the strongest VALORANT teams in the Philippines.

When it comes to the Filipino’s most experienced FPS players who are still actively playing, Jayvee “DubsteP” Paguirigan’s name is likely to be featured. DubsteP is a former Filipino professional Counter-Strike: Global Offensive player who has played under various squads, most notably Mineski, ArkAngel, and Rex Regum Qeon. The Chinese team Aster was his last home before transitioning to VALORANT with his home team, Bren Esports. The move has made him a household name in the upper-echelons of Filipino VALORANT.

His desire to dominate the Filipino scene has not waned. Now 28 years old, the duelist main opened up about a range of topics, including his transition from CS:GO, the adaptation, and the current state of Bren VALORANT, and who he feels are the strongest opponents Bren have ever had.

VALO2ASIA: What was your background prior to joining Bren Esports’ VALORANT roster? And how did you get interested in VALORANT?

DubsteP: To make it short, I started CS:GO back in 2016 and went pro in the same year with Mineski. At that moment, I learned that I loved FPS/Tactical Shooter games so much that I quit my job for esports. I played for various names such as ArkAngel(PH), RRQ(ID), Aster(CN), and Mistaken Gaming(MY). I played in different regions that I learned how every region played CS:GO and felt like there was nothing more for me in CS.

When I learned VALORANT, I tried to play on top of playing CS:GO professionally, and that’s the turning point for me. I enjoyed VALORANT more than I played CS, which was weird because I was a professional CS:GO player back then. So I followed my heart and play the game I enjoy the most and so far it worked pretty well for me, luckily!

VALO2ASIA: May you briefly describe the primary reason you choose VALORANT over continuing to play CS:GO?

DubsteP: I choose VALORANT over CS:GO because I felt like I was not enjoying CS:GO anymore and I felt no motivation to improve my CS:GO gameplay, maybe because I kept switching teams after only a few months of playing with a team.

VALO2ASIA: How difficult do you find it to adapt to VALORANT? Is it smoother for you given your familiarity with CS:GO, or is this a somewhat new game concept for you in terms of game mechanics, etc?

DubsteP: Adapting to VALORANT was no easy task. I had to get used to the weird gunplay it offers. With the run and gun mechanics it had and the agents it had with its set of abilities, I couldn’t keep up with it at first, but I adapted smoothly like you said to give my familiarity with CS:GO it was really a matter of the agents and the gunplay. CS:GO really helped me in a lot of ways, to play this game on a professional level, not gonna lie.

VALO2ASIA: In your opinion, what does it take for someone to climb the professional ladder other than their excellent mechanics?

DubsteP: I think people undervalue how VALORANT is not the pure aim but how you time your abilities or save some of your abilities, just like playing professional CS:GO wherein you have to save your nade for some situations. It’s quite close to playing VALORANT but with a faster pacing and faster decision-making where anything can happen so fast in a split second. I think that having great communication in-game other than good mechanics is really important in VALORANT. Communication is key and can lead to very good team play.

VALO2ASIA: At the beginning of your journey with VALORANT, you joined Bren Esports, which is considered one of the more premier esports organizations in the Philippines. How did you feel? Did the Bren Esports logo on your shirt have put some pressure on your shoulder always to perform well?

DubsteP: I felt pretty good and confident that Bren Esports got us as a team; it felt like a blessing as well for me especially because at that moment we were choosing org after org and felt like we choose the right path and never have I regretted choosing Bren Esports. There’s a little pressure, but that’s normal for any professional esports player.

VALO2ASIA: Could you describe the Philippines VALORANT landscape briefly? How competitive is it and how’s the player regeneration over there?

DubsteP: The VALORANT Philippine scene is crazy; a local tournament streamed on Twitch (which is not our main streaming platform by the way) gets around 12-20k average viewers on VCT PH only. The number it gives this early into the game gives me goosebumps of how big and how fast it is developing in our country. The players are great as well, there is not only one team dominating in the scene, but everyone is keeping up which each other, even with us! So it’s safe to say that the VALORANT PH scene is growing fast and steady.

VALO2ASIA: At 28, it’s no secret that you’re at the later stage of your playing career. What are your plans for the near future? Do you intend to switch to a coaching role or similar after playing? Or is ‘DubsteP’ still not done with VALORANT anytime soon?

DubsteP: Well, to be honest, I have never considered that yet because my goal, for now, is to reach a global competition and show the world that SEA can also be a contender in a world-class tournament. DubsteP is still not done with VALORANT. If I ever thought to exit the game, I would not be coaching and end the run right there.

“DubsteP is still not done with VALORANT.”

VALO2ASIA: Back to Bren. How’s the situation inside the team after your run at the VCT SEA Stage 2 Finals?

DubsteP: All the losses we had were close ones. We are not disappointed, but we feel like we could have done better in many situations, but we do accept our defeat. One thing is for sure; we will do better in the next runs. The team felt like we could have won the games we lost if we did not have these individual mistakes, but it’s okay since we don’t just lose games. We also learn from them, and hopefully, it never happens in the future.

VALO2ASIA: Looking at the international scene, who do you consider the strongest opponent to Bren right now?

DubsteP: I guess since we had our VCT SEA Stage 2 Finals recently, I would say it is X10 and PRX in SEA. We have yet to get our payback for the games they owe us. But if we are talking the highest level, I guess I should say it would be the likes of Fnatic, Sentinels, and Vision Strikers.

VALO2ASIA: And what’s your personal goal for the rest of 2021?

DubsteP: Get to an international event wherein NA, EU, BR, LATAM, KR, JP, and all the other regions would be there, but it does not end there. We want to place at least in the top 4 on a World stage!

Imcarnus – “People were calling me crazy to...

rite2ace on his one-year extension with Velocity Gaming:...