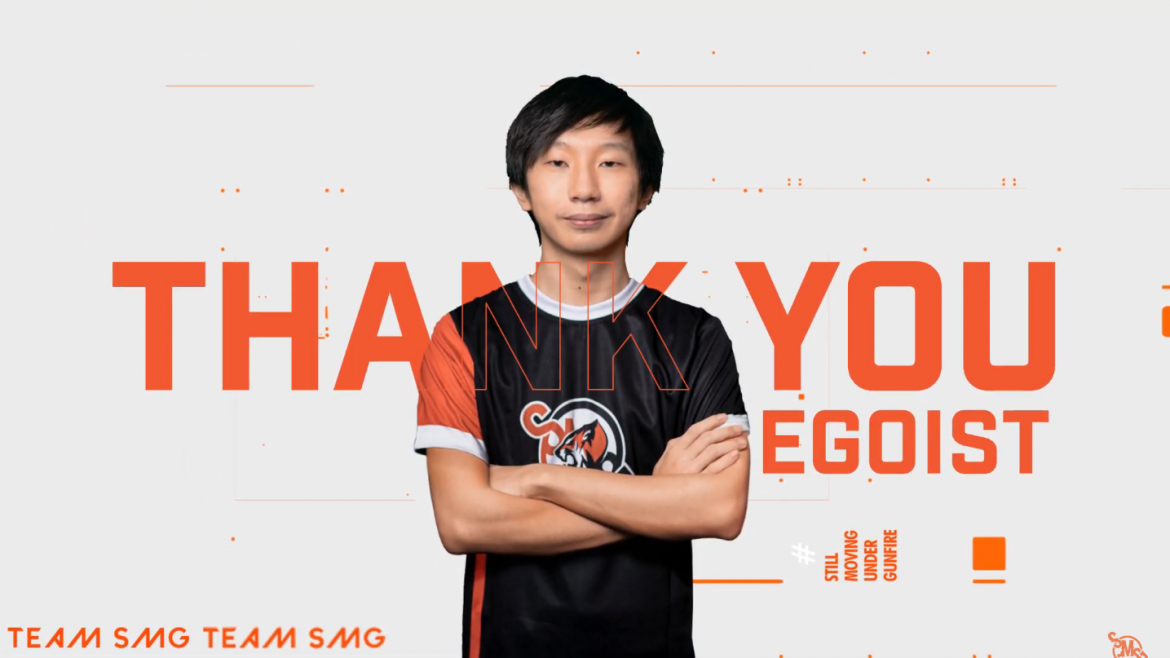 The announcement comes after a full six-month journey with Team SMG. Egoist, whose last event with Team SMG was VCT 2021 Malaysia & Singapore Stage 2 Challengers 3, will take a break to participate in his mandatory military service.

“While waiting to be called up to serve the country for his mandatory National Service, our resident Sentinel and site anchor Egoist has decided to step down from the team pursue his other passions.” Team SMG thanked Egoist for his service and wished him “luck in pursuing his dreams.”

The organization also hinted at a future announcement that would reveal two additional players for the squad, suggesting that Team SMG may opt for a six-man lineup.

Trophies of AE League Conqueror and Cyber Games Arena Pacific Open have also been achieved by the squad under the period, in which they beat TEAMnxl> from Indonesia at the finals.

With this permanent change, Team SMG’s lineup currently consists of: