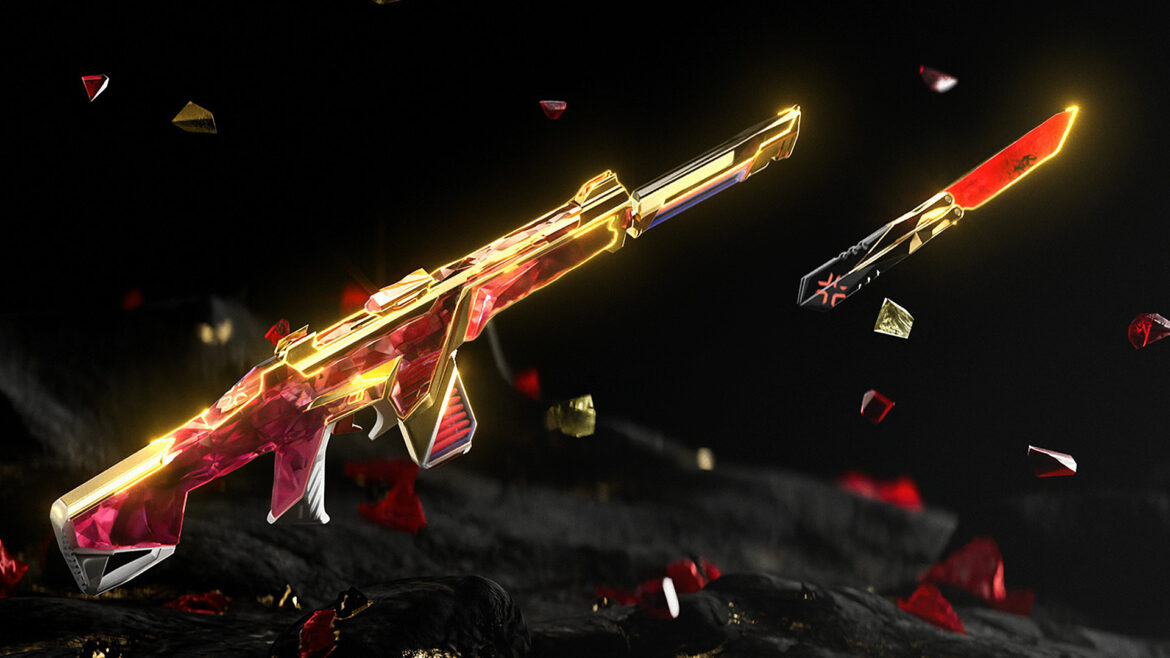 Champions 2022 bundle – Everything you need to know

Riot Games has kicked off the Champions 2022 hype with an in-game update that brings the new and highly-anticipated Champions bundle, which contains a premium Phantom and Butterfly Knife with unique visual effects.

Riot Games has unveiled the new skin collection to celebrate this year’s VALORANT Champions, containing the Champions 2022 Phantom, Butterfly Knife, Trophy Card, Buddy, and Spray. Those who purchased the bundle will contribute to the revenue split, in which 50% of net proceeds will be distributed equally among the 16 participating teams in Champions. According to Upcomer, Riot Games collected US$18.72 million in revenue from the 2021 VALORANT Champions bundle. The participants’ portion of the revenue from the bundle was then distributed equally among every organization, amounting to US$585,000.

The new bundle, which costs 6265 VP, is now available on the marketplace and will remain so until September 22 at 5 AM SGT (UTC+8). It is a one-time offer bundle that will not appear in the rotating store or night market anymore.

“When we were designing the Champions 2022 weapons, we wanted to give players a skin with the same feeling as last year: something that was aspirational and bold, that let you flex and show off your skill whether you’re popping off in ranked or dropping 30 on the VCT broadcast,” said Laura Baltzer, a producer at Riot Games.

“To do that, we took a lot of the elements of the Champions 2021 weapons that players loved and added a few twists. Our goal with these additions was to keep exploring features that would enhance the esports broadcast while also continuing to build on the competitive feel of every players’ own ranked climb. The goal was to make the full Champion’s Aura feel aspirational and rare—it’s not easy to achieve and you won’t see it often, but when you do it should be memorable.” she continued.

This year’s Champions Collection features a Phantom skin that complements the Vandal skin from last year. With a host of new features inspired by the VALORANT Champions Tour, including a custom model change, custom shooting sounds, and two new additions to the Champion’s Aura: a visual effect that evolves every 5 kills (up to a maximum of 25 kills), and a special easter egg on the butterfly knife that activates if you’re top fragging and have at least 25 kills.

“We had ideas for the Champion’s Aura in 2021 we weren’t able to create in time so we knew we wanted to try to accomplish them for 2022.” said Stefan Jevremovic, Art Lead at Riot Games. “One of the most challenging of those was the progressive kill effect. We spent almost a year developing this tech because we felt that it was an important piece in making the Champion’s Aura feel complete this year. We wanted to make the skin feel like it progressed during the course of the game.

“With this progressive effect, the skin evolves based on your success throughout the whole match. The player may not get to see their skin fully in every single game, but when they do, it will feel that much more satisfying. The design of the weapons was also very inspired by the Champions 2022 color palette, music video, and logo. For instance: the spark logo can be found on the back of the weapon as well as in the muzzle flash, and gold is reflected on the Champions Trophy as well as being prominent in the framing of the Phantom and the butterfly knife.”

The Phantom also features glowing red bullets and a red muzzle flash shaped like the VCT spark logo that glows after each kill. When inspecting it, the Champions 2022 anthem will play, accompanied by a special animation. In addition to the Phantom and butterfly knife, this bundle also comes with a gun buddy, player card, and spray.

All eyes are on VALORANT Champions 2022, as we head towards the final chance for 16 of the world’s best teams to make a bold statement this year. Make sure that you don’t miss out on all the action starting August 31 to September 18.

VALORANT Champions 2022 – Everything you need to know