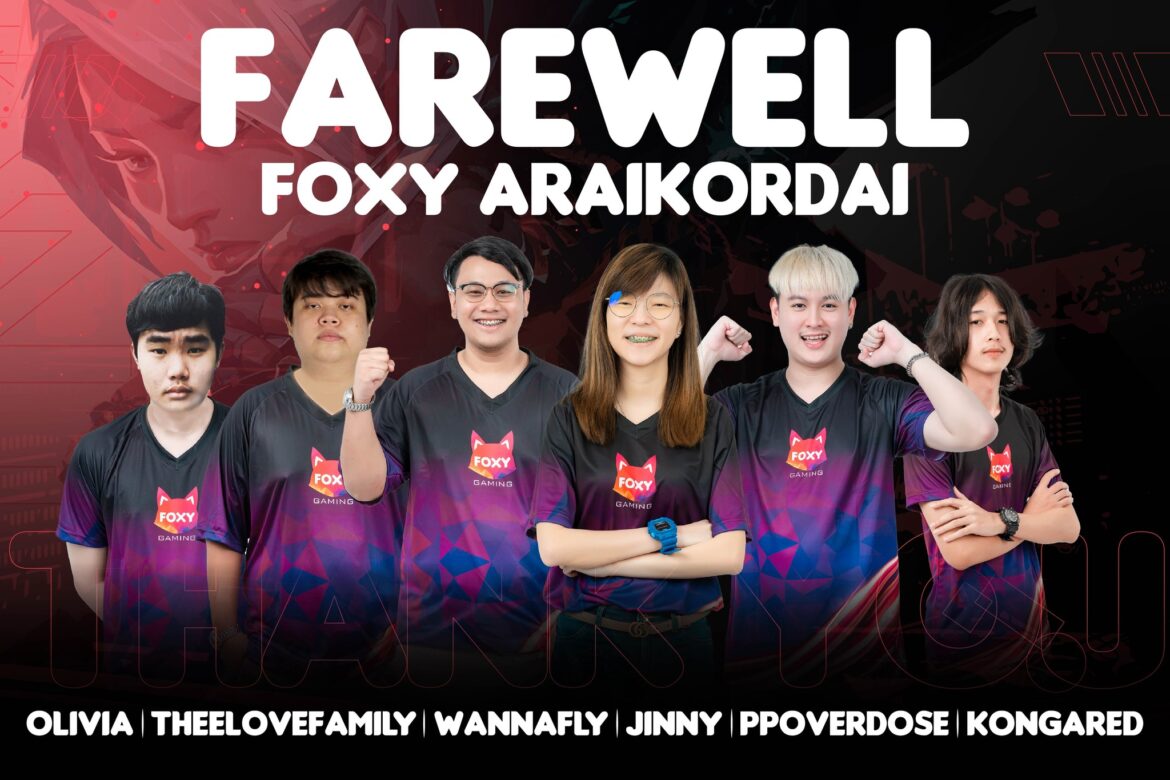 Foxy Gaming has announced the disbandment of the Araikordai roster due to the expiration of contracts, the Thai organization announced on Saturday.

Foxy Araikordai worked its way up to the brink of the top 10 in the APAC rankings in the middle of 2021 but then stagnated towards the year’s close, with little to no tournament presence.

The core of the roster first came together under the Araikordai banner in mid-2020, rising to prominence after being signed by Attack All Around. The squad had rapid success throughout the early stages of VALORANT, winning multiple trophies along the way, including the Summer and Winter edition of AfreecaTV Asia Invitational, as well as the AIS eSports Thailand Open Championship.

Attack All Around was disbanded in early January 2021 due to team guidelines and precincts that were not mutually accepted by both sides. Nonetheless, it took less than a week to find a new home, with them being signed to Foxy Gaming, forming under the name of Foxy Araikordai.

Foxy Araikordai were capable of competing in the highest level of Thai VALORANT but could not bring home any significant trophies throughout their twelve-month voyage, particularly after the team lost its ‘AAA’ core with Teerapat “Acetics” Jinyong’s departure to Sharper Esport in August 2021. Their best finish was third in the VCT Thailand Stage 3 Challengers 1.

It is still unknown where any of the former players will end up following the release. That being said, with the VALORANT Champions Tour Thailand set to begin in less than a month and a wealth of experience as Thailand’s past No.1 rank holder, a further statement on the individual or the roster as a whole is anticipated.

These are the players that are now without a team: