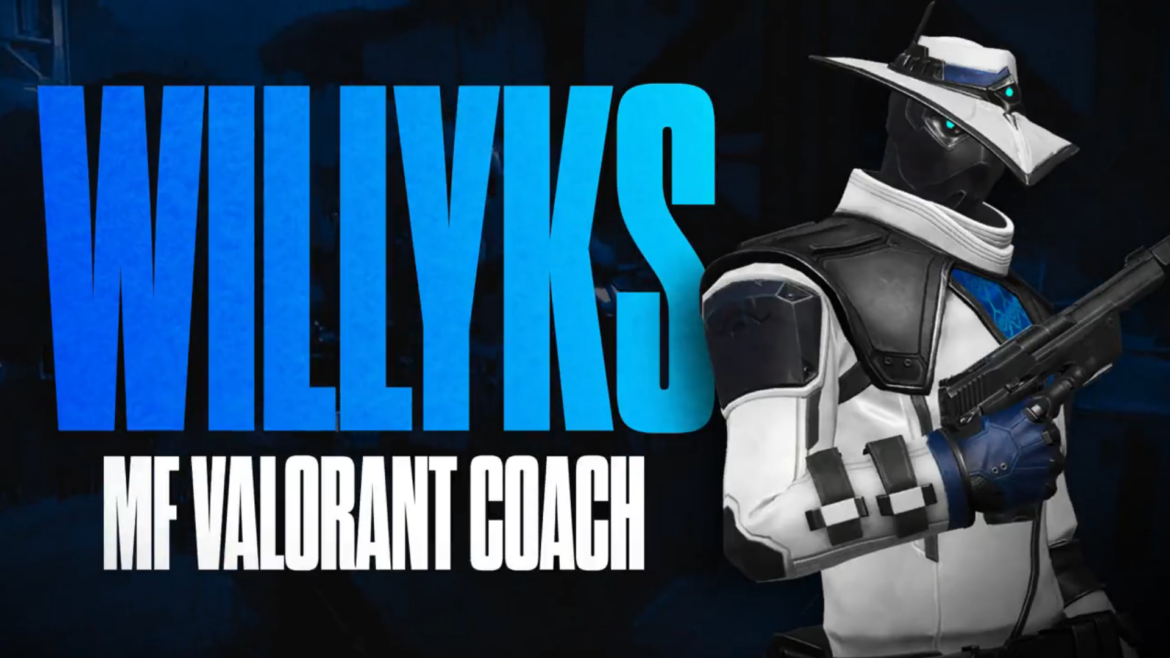 AUSTRALIA — Wilson “willyKS” Sugianto has been announced as the coach of Mindfreak via the organization’s Twitter account. The move also reunites willyKS with Benny “tensai” Phan and Jay “soju_j” Jeong after the trio previously played together on VERTEX CS:GO in early 2020.

The core of Mindfreak initially qualified for the 2021 VCT NA Last Chance Qualifier alongside ORDER via the VOT Championship event but were unable to attend the event due to travel restrictions imposed by the ongoing pandemic. Despite changing multiple players in the process, the team’s rankings has declined steadily ever since the runner-up placement in the VOT Championship, with the squad most recently coming in fifth in the VOT Stage 1 Playoffs.

Mindfreak are hoping that the inclusion of the Indonesian will help the lineup steer the ship back on track and propel them up through the ranks, as they are presently sit at #5 in VLR’s OCE rankings.

ALSO READ: Bonkers skrawl – “OCE VALORANT has the talent to eventually be as strong [as in Counter-Strike]”

Before switching to VALORANT, willyKS notably played for some of the region’s sub-top teams in Counter-Strike: Global Offensive, including GroundZero, TRIDENT, VERTEX, and eventually transitioning to his first coaching role with ORDER for a brief period.

Unfortunately, willyKS will be unable to coach in the server during official matches organized by LPL, including the upcoming VOT Stage 2, due to a ban in CS:GO imposed by The Esports Integrity Commission (ESIC) in early 2021. However, willyKS has publicly denied ESIC’s “false accusation”, stating that he has never bet on his own games or against his own team.

Despite the possibility of appealing the verdict, the lack of process and mechanism outlined by ESIC has sparked a heated controversy in the Oceanic esports scene to this day.

“Obviously the ESIC ban is unfortunate and till this day, I reiterate I am innocent. ESIC has refused to review my case which I cannot really do anything about. With that in mind, I feel like I still have a lot to give as a coach.

Therefore I decided to move to VALORANT to continue my journey as a coach in the Oceania scene. With my move to Mindfreak VALORANT, I will be bringing all the experience I have gained as an IGL also as a coach from CS to push the team to their goal which is to be the number one VALORANT team in Oceania and represent Australia in all future Riot events.”

Mindfreak are currently ranked 5th in Oceania, falling from their pinnacle of No. 2 in August 2021 when they were still under the PEACE banner. Now equipped with a coach, the Australian squad aims to go even further, especially in the second stage of VALORANT Oceania Tour.

With his addition, Mindfreak’s current roster is: