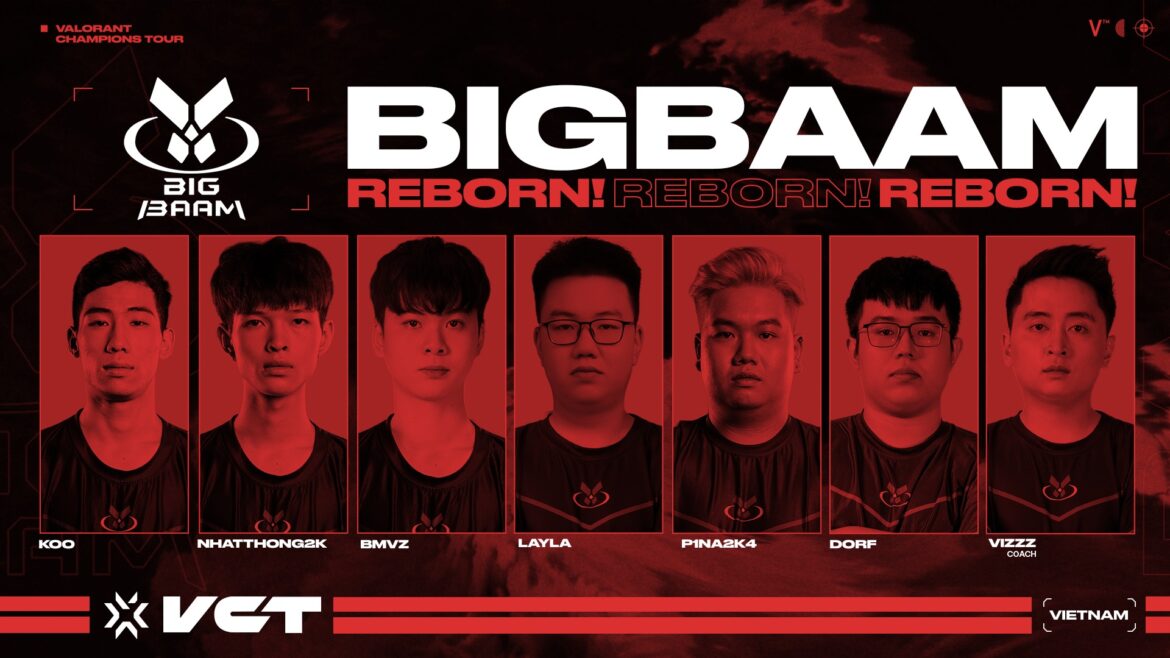 The new-look Team Big BAAM, which retains three of its former players, will be preparing themselves for the upcoming VCT Vietnam 2023.

BAAM had been without a squad since July, when the organization released its Vietnamese roster a week following the conclusion of VCT APAC Stage 2 Challengers. Team Big BAAM housed some of Vietnam’s most talented players and reached the highest point in their run in the 2021 VCT Southeast Asia Stage 3 Challengers Playoffs, when they placed 5-6th.

Most recently this year, the team demonstrated promising local results with two third-place finishes in both stages of VCT Vietnam, resulting in qualification for both VCT APAC stages despite early exits.

d0rf and co. currently have an open calendar and will have much-needed time to glue the team together ahead of VCT 2023.