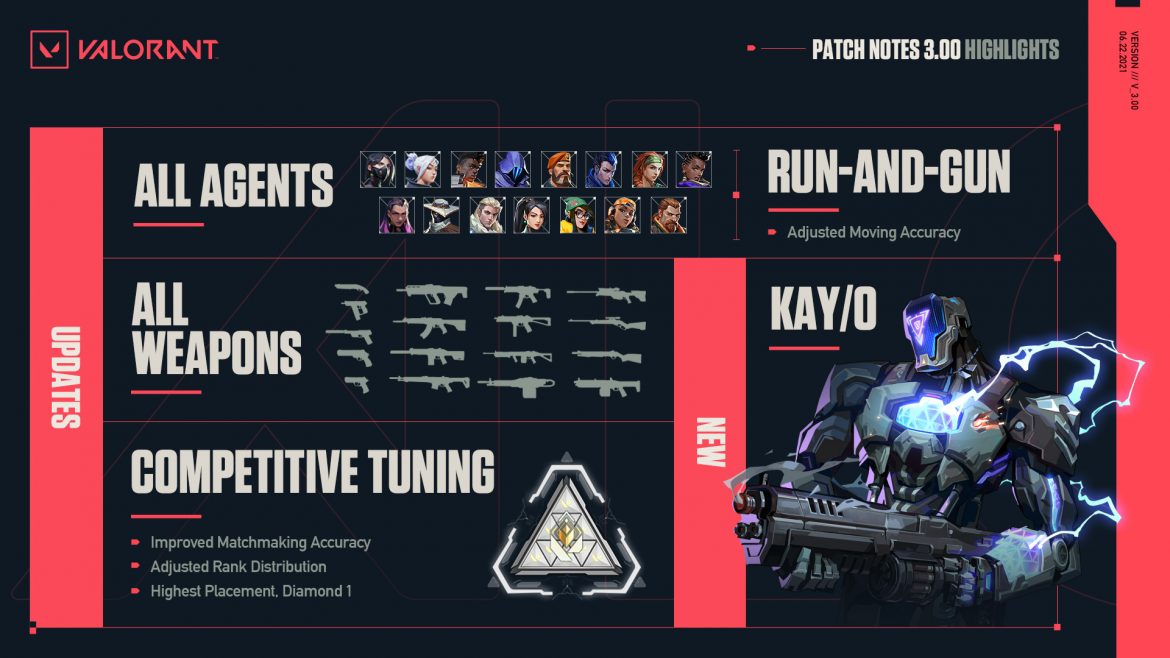 The full patch notes have been reproduced below:

KAY/O is the latest Initiator on the VALORANT roster, stacked with gear to suppress, flash, and explode the smartest of plays. The anti-Radiant weapon is a machine unlike any other.

See all of KAY/O’s abilities on Riot Games’ Agent page.

Here are all of the competitive updates included in VALORANT update 3.0 patch notes:

Players with medium to high spec machines (CPU bound systems) may see up to 6% performance improvements as a result of the following work: