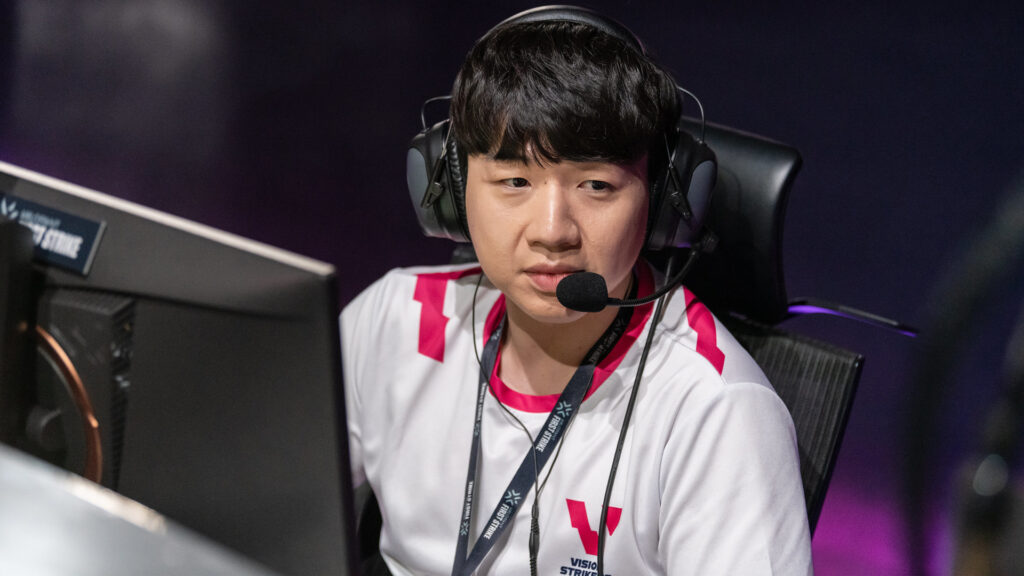 South Korean legendary player Kim “glow” Min-soo will return to the competitive play with Vision Strikers as a coach, the organization announced today.

The move will see the 33-year-old to rejoin the team he represented since the very start of the VALORANT release. Glow, who joined Vision Strikers in June last year alongside four other young prodigies, leading South Korea’s first professional VALORANT team to reach a historic 102-win streak. Some of his accomplishments including First Strike Korea, VCT Korea Stage 1 Challengers 1 and 2, and VCT Korea Stage 1 Masters.

Following Vision Strikers’ fall to NUTURN in VCT Korea Stage 2 Challengers semi-finals, he decided to step down from the roster and call it a career after a wonderful 13 years journey of competitive play in three different game titles, CS 1.6, CS:GO, and VALORANT. “Some people may question my decision. But taking into consideration my age and the future success of our team, I think that this is the right time for me to retire,” glow said in his retirement video.

Glow will make his coaching career debut alongside former MVP.PK CS:GO teammates termi and Argency, who currently serve as the organization’s head coach and coach, respectively.

ALSO READ: The man behind Vision Strikers, Can Yang

Is VALORANT in Asia Down? Check it Out Here!

Can You Play VALORANT on Your Computer? – Official Requirements & Recommended Settings