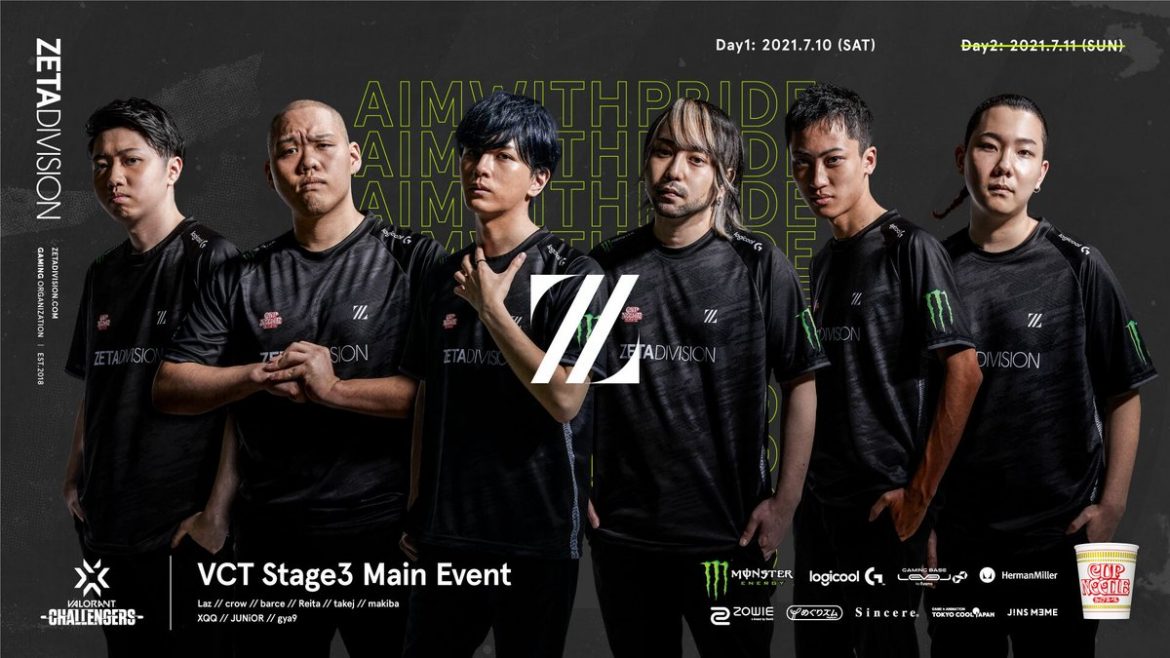 One of Japan’s top VALORANT sides, Absolute JUPITER, has rebranded as ZETA DIVISION. The organization announced the new name on July 8.

The announcement came in two days prior to their match debut versus Icice Conflict in the VCT Japan Stage 3 Challengers 1 Main Event.

ABSOLUTE entire CS:GO roster was signed by JUPITER in April last year to form Absolute JUPITER for VALORANT. The transition to Riot’s first-person shooter proved to be a big success for the team. Following a string of wins in the following months, including First Strike Japan, they quickly became a household name in the Japanese VALORANT scene. At the time of publication, ZETA Division is now ranked amongst the top three APAC teams, according to vlr.gg.

“Since its founding, “JUPITER” has been working toward a future in which professional gamers will have a great influence on the world. With the recent rapid development of the esports scene, we believe that this goal is gradually being achieved. Therefore, we take a new step. Aiming for a future where gaming culture has been established as a lifestyle that is loved by the general public,” the official statement reads.

Under the new banner, the Ushida “Laz” Koji-led side had a successful debut in the first week of VCT Stage 3. The squad went undefeated in Group A, losing just one map against Northeption in the process.

ZETA DIVISION is slated to play in next month’s Japan Challengers Playoffs alongside Northeption, Crazy Raccoon, BlackBird Ignis, and four other teams from Challengers 2.

ZETA DIVISION’s lineup, which has remained unchanged after the rebranding, are:

Global Esports to bootcamp in Thailand ahead of...