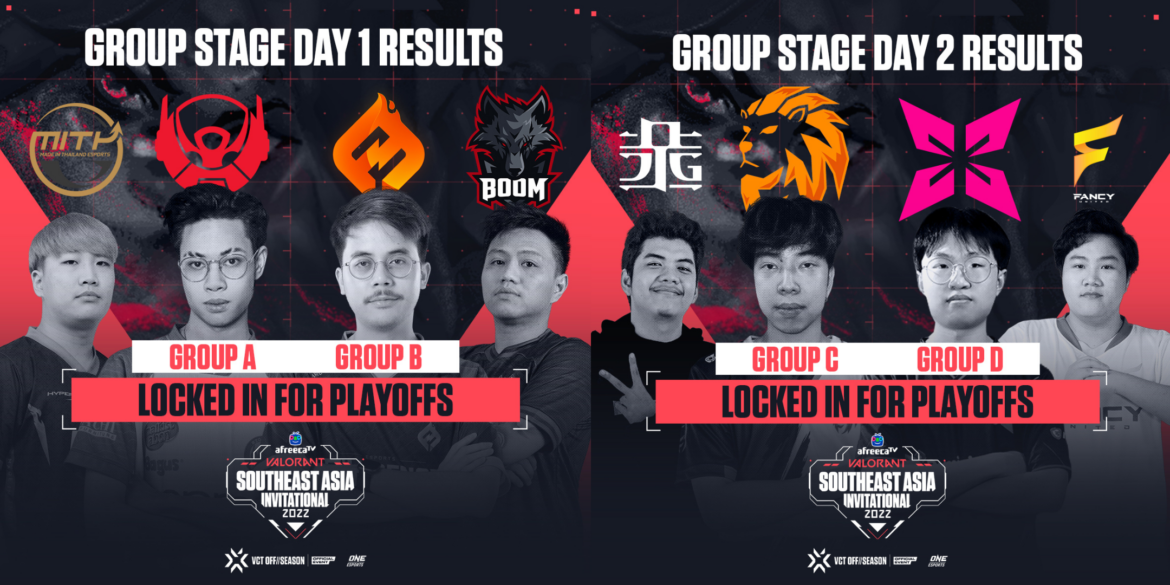 Eight teams remain from the starting field of 16 in the AfreecaTV SEA Invitational.

The eight playoff spots in the AfreecaTV SEA Invitational have been clinched, and the bracket is set. Teams such as Bigetron Arctic, Made in Thailand, BOOM Esports, and Fancy United Esports will be duking it out for their chance at taking home the US$7,500 grand prize.

FW Esports from Thailand had the least trouble making it through groups, easing past Vietnam’s Dominus Esports in their first encounter 13-2 and following that up with a 13-7 victory over Alter Ego.

As some of the highest-ranked teams in the tournament, MiTH, FULL SENSE, XERXIA, and Fancy United Esports all advanced from their groups, but not without some close calls. MiTH were able to rebound from their loss to Bigetron Arctic in the winners’ match of Group A as they came out on top in a Thai derby against Team NKT to secure their berth, with the aforementioned Indonesian side joining them with 2-0 records.

Now, with the group stage completed, the top two teams from each group have been drawn into the single-elimination playoff bracket. The results now set up quarter-final matchups between Bigetron Arctic versus Fancy United Esports and FULL SENSE and SR Nacague on one side of the bracket, while FW Esports and MiTH will meet in the other quarter-final alongside XERXIA and BOOM Esports.

All eyes will also be on the potential Thai showdown between the newly-revamped XERXIA roster and MiTH later in the semi-finals.

Below you can find the AfreecaTV SEA Invitational playoff bracket:

Cover photo courtesy of ONE Esports