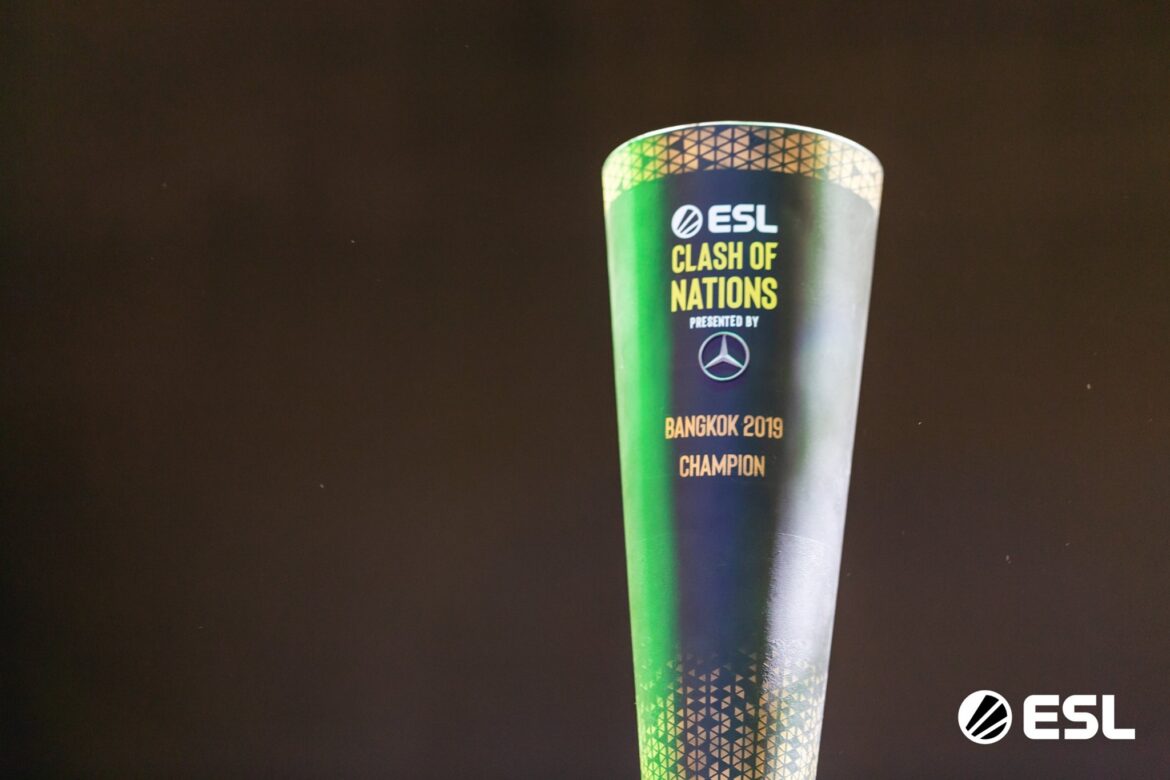 ESL Clash of Nations announced with US$18,000 prize pool

ESL Clash of Nations, a new VALORANT OFF//SEASON tournament organized by ESL, has been announced, featuring an US$18,000 prize pool.

The ESL Clash of Nations will be separated into three distinct regions: Southeast Asia (SEA), Oceania (OCE), and Japan & Korea (JP&KR), in which the US$18,000 prize pool will be divided equally between the three.

The last day of each open qualifier will be streamed live on the ESL channel. It will then culminate with a SEA Showdown stage, where eight teams will battle it out in a double-elimination bracket on December 9-11, with the champions taking home US$3,000 in cash prizes.

ALSO READ: Skyesports partners with Ampverse to expand into Southeast Asia; sets to distribute $1m in prize pool between 2022-23

The OCE tournament will begin with an open qualifier, determining four teams advancing to the US$6,000 main event. The same goes for the JP&KR tournament, where a total of four teams will make the cut for the ensuing double-elimination showdown bracket.

Oasis Gaming, NAOS Esports, FW Esports, Fancy United Esports, LaZe, MiTH, and FULL SENSE are among the participants that have signed up for the SEA open qualifiers. Adding some flair will be X10 Esports which will be represented by a Singapore-majority squad headlined by former UwU/BLEED player Ian “Chrysania” Chin. From the land down under, Riley “rDeeW” Wilkinson’s BOBO and Bonkers headline the list of teams confirmed for the open qualifier bracket.

Registration for the qualifiers is now open and will require all players to be at least 16 years old to be able to participate.

Here are the dates and registration links for the open qualifiers:

As for the US$18,000 prize pool, here is how it will be distributed between the regions and the top four finishers: