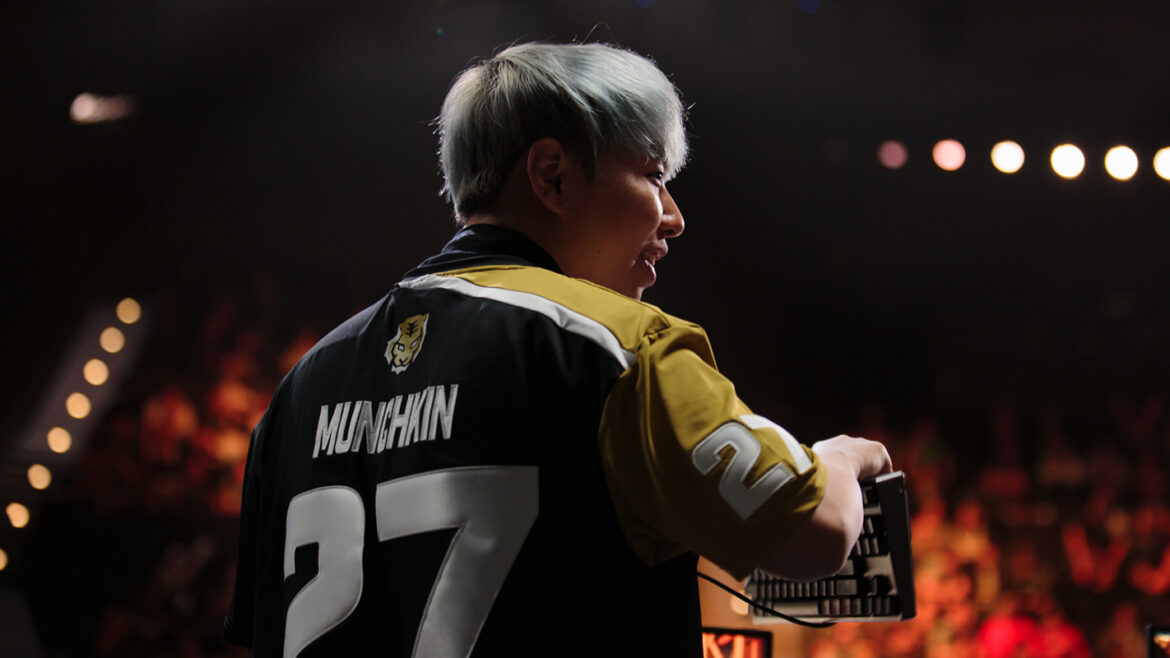 SOUTH KOREA – Byeon “Munchkin” Sang-beom has been announced as the final signing to T1, who joins former Cloud9 Korea teammates Son “xeta” Seon-ho and coach Yoon “Autumn” Eu-teum on the list of names brought on by the organization as they rebuilt their roster after the team’s exit from VCT NA Stage 1 Challengers.

The 24-year-old has primarily played for Korean and Japanese teams since his start in professional VALORANT, playing for the likes of Cloud9 Korea and most recently Crazy Raccoon. Best known for his time representing the latter in both Masters event and VALORANT Champions last year, Munchkin begins a new chapter in his career on the North American circuit.

Munchkin will be making his second move to an NA-based club, having previously played for the Boston Uprising in the Overwatch League before switching to VALORANT.

Munchkin will play alongside two compatriots on the NA-majority side in Son “xeta” Seon-ho and coach Yoon “Autumn” Eu-teum, with whom he previously played together under the Cloud9 Korea banner in late-2020. However, Riot’s VALORANT Champions Tour Concurrent Ownership policy prohibits ownership or control of more than one team that competes in VALORANT Champions Tour, thus forcing the Korean team to dissolve after only a short period.

With the disbandment, Munchkin pursued a relatively unconventional route at the time to play on the Japanese circuit for Crazy Raccoon, where he rose to prominence and competed in numerous high-profile domestic and international events. Meanwhile, xeta and Autumn had the opportunity to continue representing Cloud9 in their North American team until this month, when C9 and T1 arranged a mutual trade to trade the Koreans, in exchange for Rahul “curry” Nemani.

T1 had a huge headstart in the North American VALORANT scene, appearing even before the game was released. However, the squad that was originally established around the core of iBUYPOWER CS:GO never took off as a genuine competitor inside and outside of VCT, with their best performance being in 5-8th place at First Strike North America in December 2020 after being knocked out by eventual champions 100 Thieves.

T1 will hope that the Korean is the final piece of the puzzle on their way to contend for titles, with a lineup highlighted by former 100 Thieves in-game commander Joshua “steel” Nissan as well as three Korean imports.