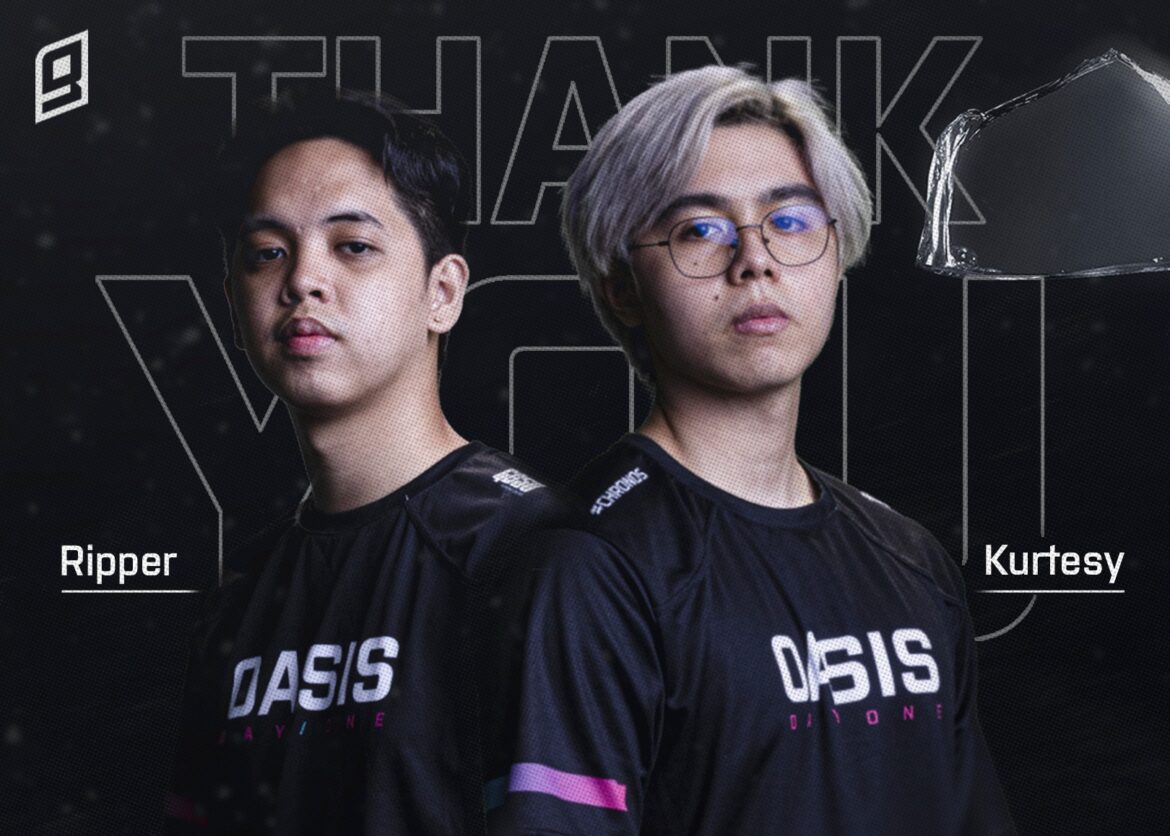 Oasis Gaming VALORANT are undergoing a restructuring process, which saw the roster being depleted to three members. Three new additions to the coaching staff have also been made.

PHILIPPINES –  Mark Louis “Ripper” Laguardia and Kurt “kurtesy” Cinco are no longer under contract to Oasis Gaming, while See “Evo” Wey Kang has been appointed as the team’s head coach along with two other new coaches, the organization has announced. The changes were made ahead of the start of the new circuit calendar.

The Singaporean coach had been on the sidelines since August when his contract with Philippines-based Bren Esports expired. He expressed his wishes to coach again at the time and has now become the coach for another upper-echelon Filipino team.

ALSO READ: Tr1cks – “You play your best VALORANT when you are having fun”

Evo will take the team’s reins as it heads in a new direction, with Omar “Coco” Lopez, Adrian “invy” Reyes, and Brheyanne “Wild0reoo” Christ Reyes remaining in Oasis Gaming’s active lineup. Former coach Vic “Flufee” Villavicencio returns to the organization as a strategic coach, where he will be working closely with Evo and new assistant coach “Eraxx”, who is known for his escapades in SR Kadiliman and Nacague, for coaching duties.

The staff adjustments come shortly after long-serving members Ripper and kurtesy announced their departures from the team. The former will take a break from competing, while the latter has expressed a desire to join a new team. “ We bid farewell to the pillars of Oasis. Thank you for being the foundation of our VALORANT team. We wish you the best in your future endeavors. May the roads of Oasis guide you to your next destination.” the announcement reads.

The duo, including Flufee, were part of Oasis Gaming’s peak when they placed fourth and second in the 2022 VCT Philippines Stage One and Two, respectively. The runner-up placement in Stage Two saw them qualify for the organization’s second international VCT outing in APAC Stage 2 Challengers despite an early exit in 13-16th place. Following their departures, the organization is left with no original members of its Chimaera and CTNx rosters.

With Oasis Gaming having no officials scheduled for the foreseeable future, all that OAG need now is to sign at least two more members leading up to the next season. The organization has opened its doors to potential players. More information can be found here.

Oasis Gaming now have the following members under their wing:

Tr1cks – “You play your best VALORANT when you are having fun”

How to Create Your Own VALORANT Crosshair – Explained