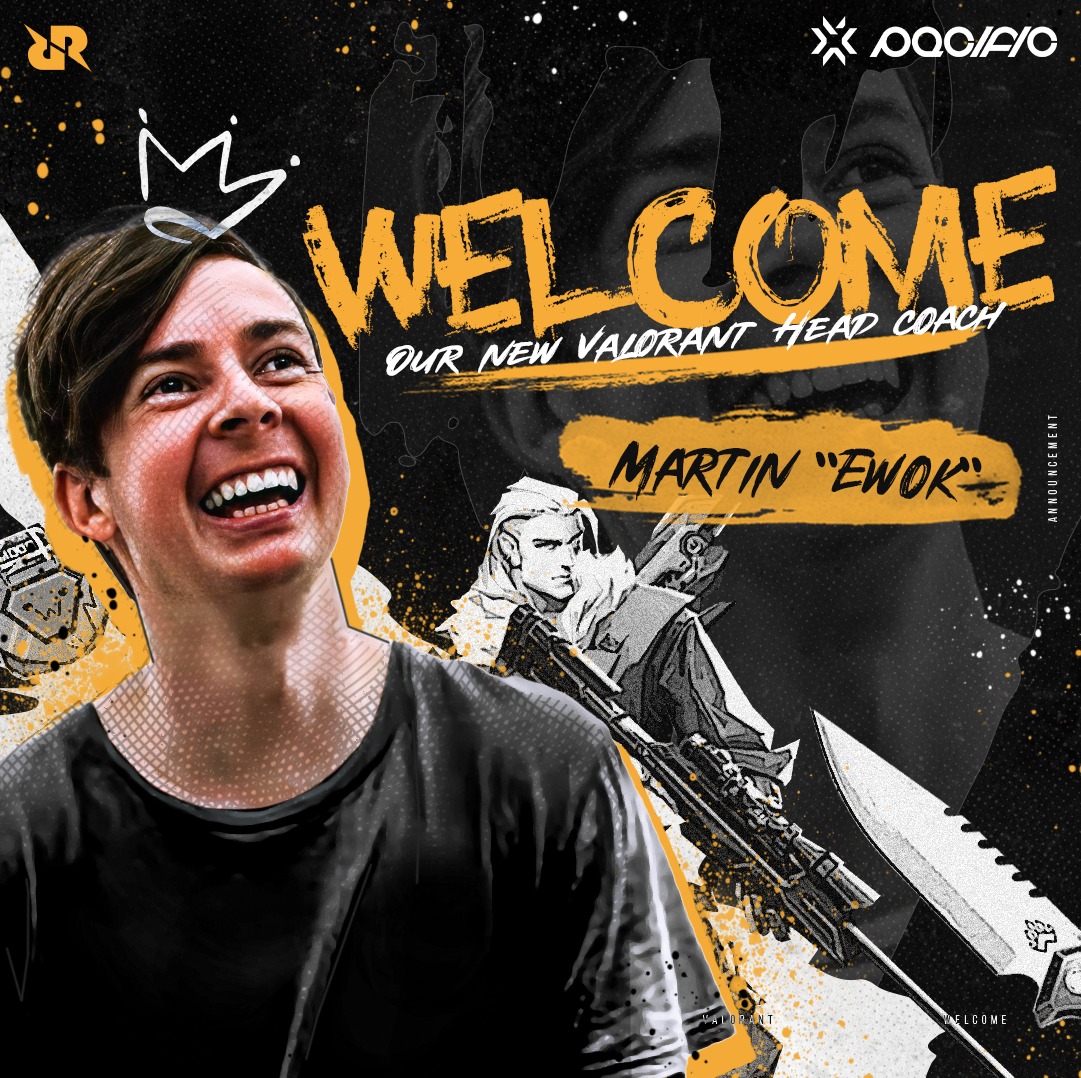 RRQ has appointed the former ONIC G coach to lead the creation of its new Indonesian-Filipino roster, in which a total of 13 players have also been handed trials.

INDONESIA – Rex Regum Qeon is making early moves ahead of the VCT Pacific partnered league by naming Martin “Ewok” as the team’s new head coach and moving Jose “Rbtx” Carlo Jamil to the analyst position. Ewok will spearhead RRQ’s new project and be tasked with building a new roster for next year.

During his time standing behind ONIC G, Ewok made the team not only a top team in the Indonesian domestic scene but also a worthy contender in APAC, winning VCT Indonesia Stage 2 Challengers and consequently reaching a top-four finish in VCT APAC Stage 2 Challengers. The South African coach almost brought ONIC G to VALORANT Champions 2022 but fell short to Indonesian compatriot BOOM Esports in the grand final of the VCT APAC Last Chance Qualifier.

Besides finalizing its head coach position for next season, a total of 13 players from Indonesia and the Philippines will undergo a trial period for the black and yellow banner. The organization retains the current starting five of the RRQ PH lineup and adds former Bren Esports player Eroll “EJAY” Jule Delfin as well as three players each from BOOM Esports and ONIC G.

The current Rex Regum Qeon roster made their name in the domestic Filipino scene after finishing third place in VCT Philippines Stage 2 Challengers and making it into VCT APAC Stage 2 Challengers. Moreover, Kelly “kellyS” and co. recently became the Predator League 2022 Philippines champions after defeating South Built Esports in the grand final. In addition to the current RRQ PH roster, EJAY, who was recently released from Bren Esports, will be joining the trial. EJAY held an impressive performance individually, with 245 ACS throughout his career.

The Indonesian trial list consists of the BOOM Esports trio of Saibani “fl1pzjder” Rahmad, Gary “blaZek1ng” Dastin, and David “Tehbotol” Monangin, who recently made it to the 2022 VALORANT Champions after winning the APAC LCQ. The three players rounding out the trial are Cahya “Monyet” Nugraha, Michael “severiNe” Winata, and Hagai “Lmemore” Kristen from ONIC G.

The ID-PH superteam should come to life by the end of January next year, as RRQ is scheduled to fly to São Paulo, Brazil, the following month to compete in the VCT 2023 kickoff tournament.

Here is the current roster of Rex Regum Qeon: