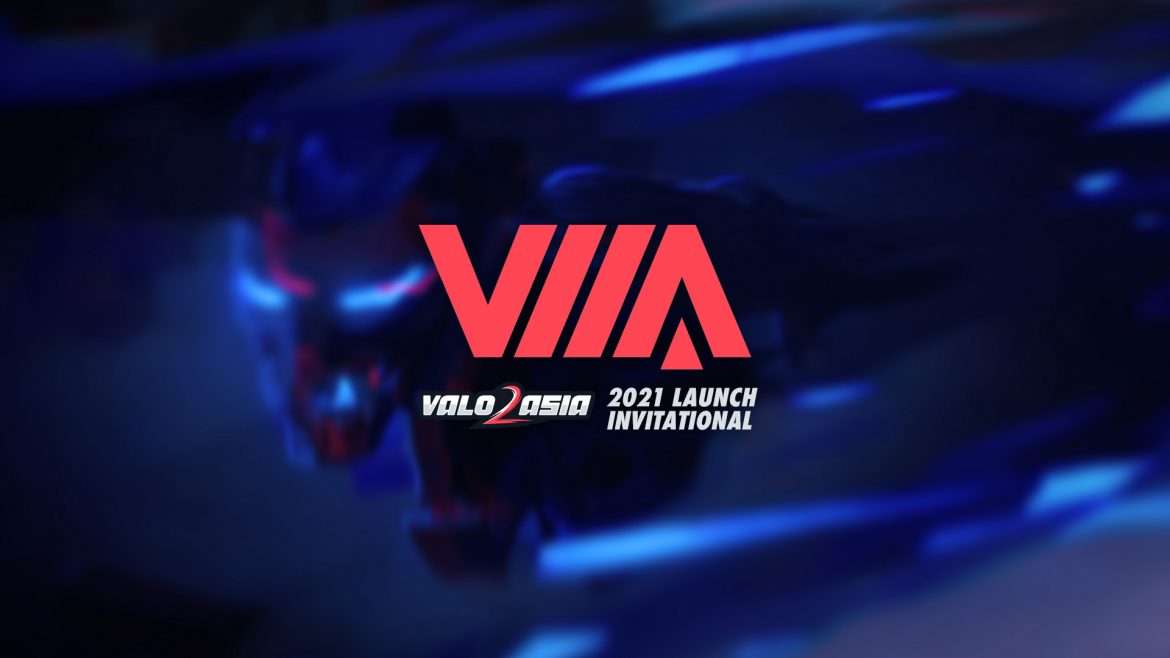 The VALO2ASIA Launch Invitational 2021 is the first tournament ever by VALO2ASIA, in celebration of the launch of our new site, featuring a total prize pool of US$3,000 and four of Southeast Asia’s finest teams.

From the team that brought you CSGO2ASIA.com, a digital publication focused on Asian CS:GO esports, VALO2ASIA is a fresh experience with a familiar feel – our new publication draws its attention to the Asian VALORANT scene one year after the game’s official release. As part of the event, VALO2ASIA is also proud to reveal our main sponsors, Jarritos and ZOWIE!

We couldn’t be more thrilled that Jarritos and ZOWIE are joining us to kickstart VALO2ASIA together!

Featuring a US$3,000 prize and four of South-East Asia’s top teams – BOOM, FULL SENSE, Paper Rex, and Bren Esports, the invitational is a chance for the teams to make a bold statement leading up to VCT 2021 Stage 3. Be sure to also follow us on social media for more updates leading up to the Invitational!

The VALO2ASIA Launch Invitational 2021 will run on June 27th, and will feature a single-elimination bracket with best-of-three (BO3) series for all of the matches. Seeding will be done via a random draw and announced two days prior to the event. The champion team will go home with a US$2,000 first-place prize, while the second place will be awarded US$1,000.

With that in mind, VALO2ASIA has also prepared you with a preview of all four teams competing in VALO2ASIA’s inaugural competition.

BOOM Esports, a well-known name in the FPS scene, is once again shining in the world of VALORANT. BOOM Esports, which was established in July of last year, is widely regarded as Indonesia’s most experienced team. The organization stepped in Riot’s first FPS game with five experienced players combined from backgrounds in CS:GO and PUBG PC. With the addition of Saibani “fl1pzjder” Rahmat replacing Adrian “adrnking” Setiawan who leaves for RRQ, BOOM’s firepower is expected to be greater than ever, with one of the scene’s most prominent duelist players. This tournament will be BOOM’s first test with the new lineup, five days after acquiring fl1pzjder.

Bren Esports’ dominance in the Philippines is undeniable. The team has won almost every event they’ve entered thus far. In a similar scenario to BOOM, Bren has recently signed Riley “witz” Go, a fresh rising talent from the Philippines who previously played with Bren CS:GO. They come into the event fresh off a victory in the SteelSeries Prime Tournament Philippines, and they seem to be in good shape to take home the US$3,000 tournament trophy.

Thailand’s FULL SENSE is often overlooked, living in the shadow of Thailand’s leading squad, X10. The team, on the other hand, just finished second in the VCT Stage 2 SEA Challenger Finals, defeating Paper Rex to confront X10 in the Grand Finals. While they had a rough start with the first iteration of their roster, FULL SENSE demonstrated their commitment to reclaim the top spot by revamping their roster. The current roster is powered by four former members of NG.Black, with the addition of Kititkawin “PTC” Rattanasukol. Although they just signed with FULL SENSE in April this year, the core has been together since August of last year.

On the experience aspect, PTC and Chanawin “JohnOlsen” Nakchain both formerly played for the Lucid Dream CS:GO squad, which was one of Thailand’s strongest teams in the 2019-20 period before disbanding. With the absence of X10 Esports from this event, and should FULL SENSE show their full potential, they might have a flawless run against the other three contenders.

Out of the four competing, Paper Rex was the last team to join the hype train of VALORANT. On February 7, the whole squad made the transition from CS:GO to VALORANT, six to seven months later than the rest of the team participating here. At first, it seemed as if things might not work out for the team. However, once stunned by Team SMG 13-0 in VCT Malaysia & Singapore Stage 1 Challengers 3 to placing third in VCT Southeast Asia Stage 2 Challengers Finals, making the switch from CS:GO may be considered as a success. The recent signing of Zhan “shiba” Teng Toh replacing Kumeresan “Tommy” Ramani would be something to look out for – whether the move will be a lateral improvement for the squad or something more?
(Disclosure: VALO2ASIA and Paper Rex are both IPs owned by IMPLS Entertainment)

Hosting the event will be Kevin “AVRL” Walker, joined on the panel by Kentrell “heyimquack” Kwek, Marquis “Quis” Tan, and Jenny “Reirachu” Lee who will be providing on-the-go commentary as the matches progress.

Here is a full talent lineup:

A word from the Chief Editor of VALO2ASIA, and CEO of IMPLS Entertainment, Nikhil Hathiramani:

“Similar to our vision with CSGO2ASIA, our aim is to help elevate the scene from the ground up. We are committed to hosting grassroots level events in the future, as well as invitationals such as this, to help bolster VALORANT the way we have with CSGO2ASIA – the difference now is, there is a new wave of enthusiasm from the teams, the players and fans of tactical FPS games in SEA which we haven’t seen in a long time!”

Head of League Operations for VALO2ASIA.COM

The man behind Vision Strikers, Can Yang