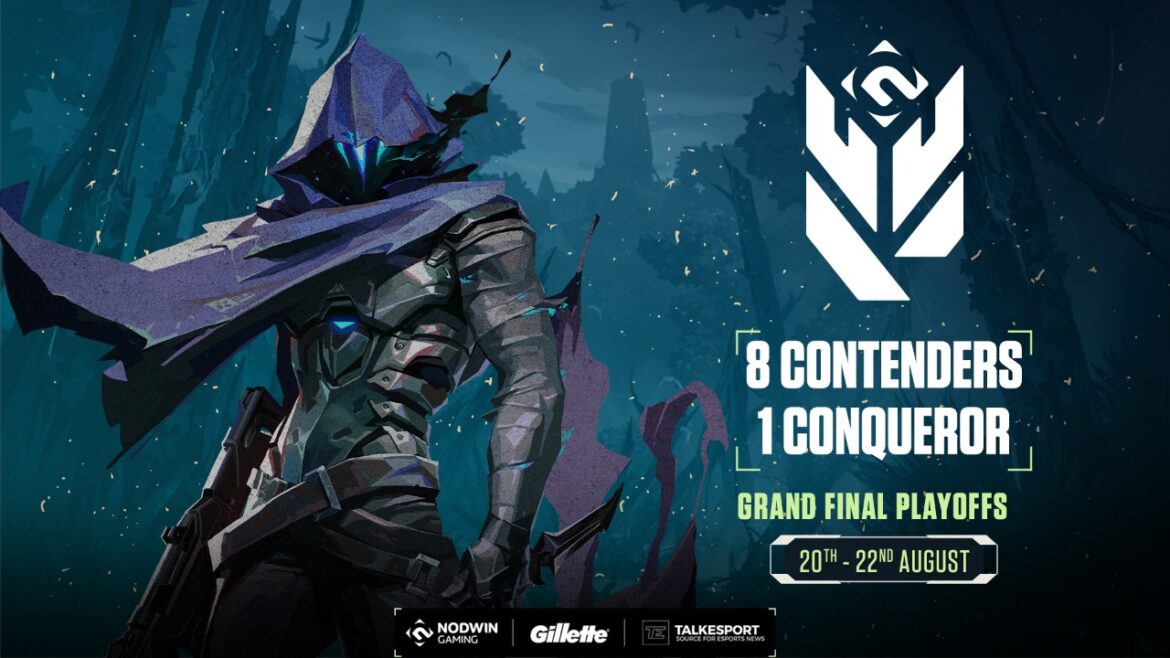 Velocity Gaming, Global Esports, and Salt Esports are among the eight teams that earned main event spots after fighting through their respective regional open qualifier.

VALORANT Conquerors Championship (VCC) will see teams from South Asian nations participate in sub-regional qualifications for a prize pool of US$33,000. The competition will be spread out over six regions: India, Pakistan & Afghanistan, Sri Lanka & Maldives, Bangladesh, Nepal & Bhutan, and “Wildcard.”

Unlike what most people think, the VCC does not offer a place to the Berlin Masters, instead, teams will be competing for a position at the Asia Last Chance Qualifier, a direct seed to VALORANT Champions in December.

The groups for the main event of VALORANT Conquerors Championship have been revealed by NODWIN Gaming as the tournament organizer. Eight teams have been seeded and divided into two best-of-three (BO3) GSL groups, with the top two sides progressing to the double-elimination playoff bracket.

Group A is headlined by Velocity Gaming, the current highest-ranked team among the rest of the competition. The group is rounded out by Crash Landin on You, Exceeli Esports, and Team Exploit. Meanwhile, the second group features Global Esports, who are still battling Velocity Gaming for the title of South Asia’s best squad. Other high-ranked teams in attendance are India’s Enigma Gaming, with Damaru Gaming and Salt Esports filling the two final spots.

The VALORANT Conquerors Championship Groups are:

The top two teams of each group will advance to the double-elimination, best-of-three playoffs. The tournament schedule looks as follows (time in SGT, UTC+8):