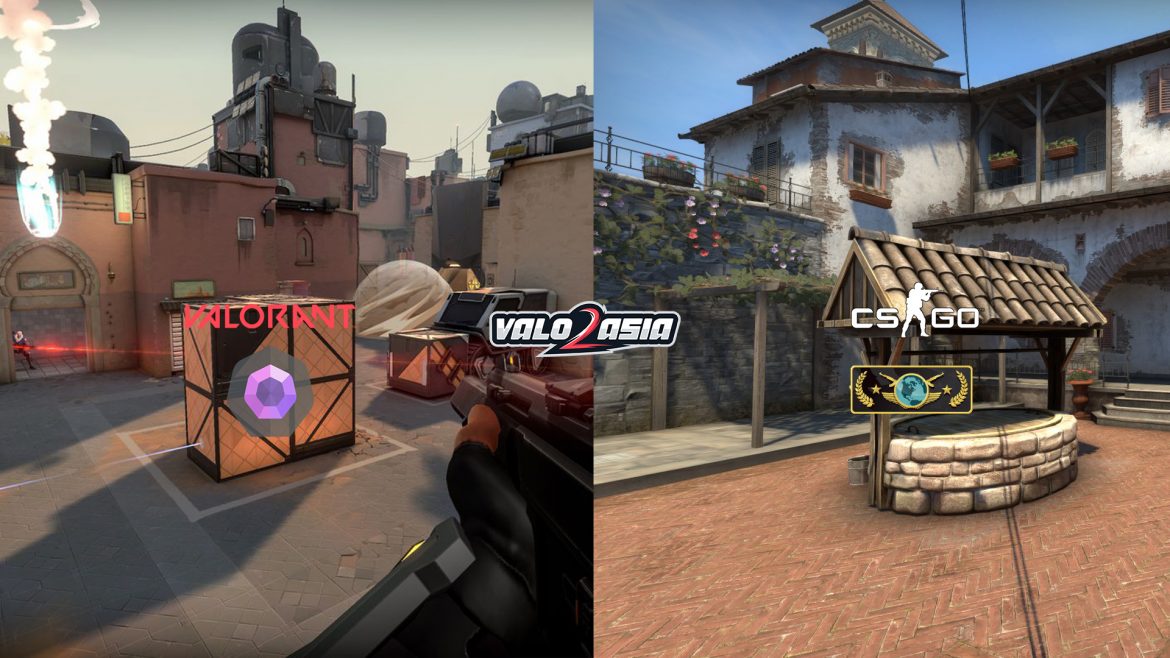 VALORANT vs CS:GO Rank Comparison – What Rank Are You Supposed to Have in VALORANT?

Counter-Strike: Global Offensive (CS:GO) and VALORANT are undeniably two of the world’s biggest FPS titles to date. While Valve’s legendary title has been around for more than a decade, Riot’s VALORANT just recently launched in June 2020. The hype around both games has been tremendously big, and many players from CS:GO have moved over to Riot’s FPS title.

In VALORANT, there are eight categorized tiers in the game. Each category, except for the highest two, comprise three tiers. In summary, in VALORANT you can get one of a total of 22 tiers by playing the game’s ranked game mode. While for CS:GO, the ranks are divided into 18 ranks under four to five categories depending on how you look at them.

If You Play CS:GO, What Rank Are You Supposed to Have?

With the help of EsportsTales’ monthly reports, we have been able to identify the rank distribution for both CS:GO and VALORANT.

There is no exact rank comparison between the games. So instead, VALO2ASIA.com examined the ranks by looking at the rank distribution in both games. The data will change over time (Last Updated March 2021).

How to Improve Your FPS in VALORANT