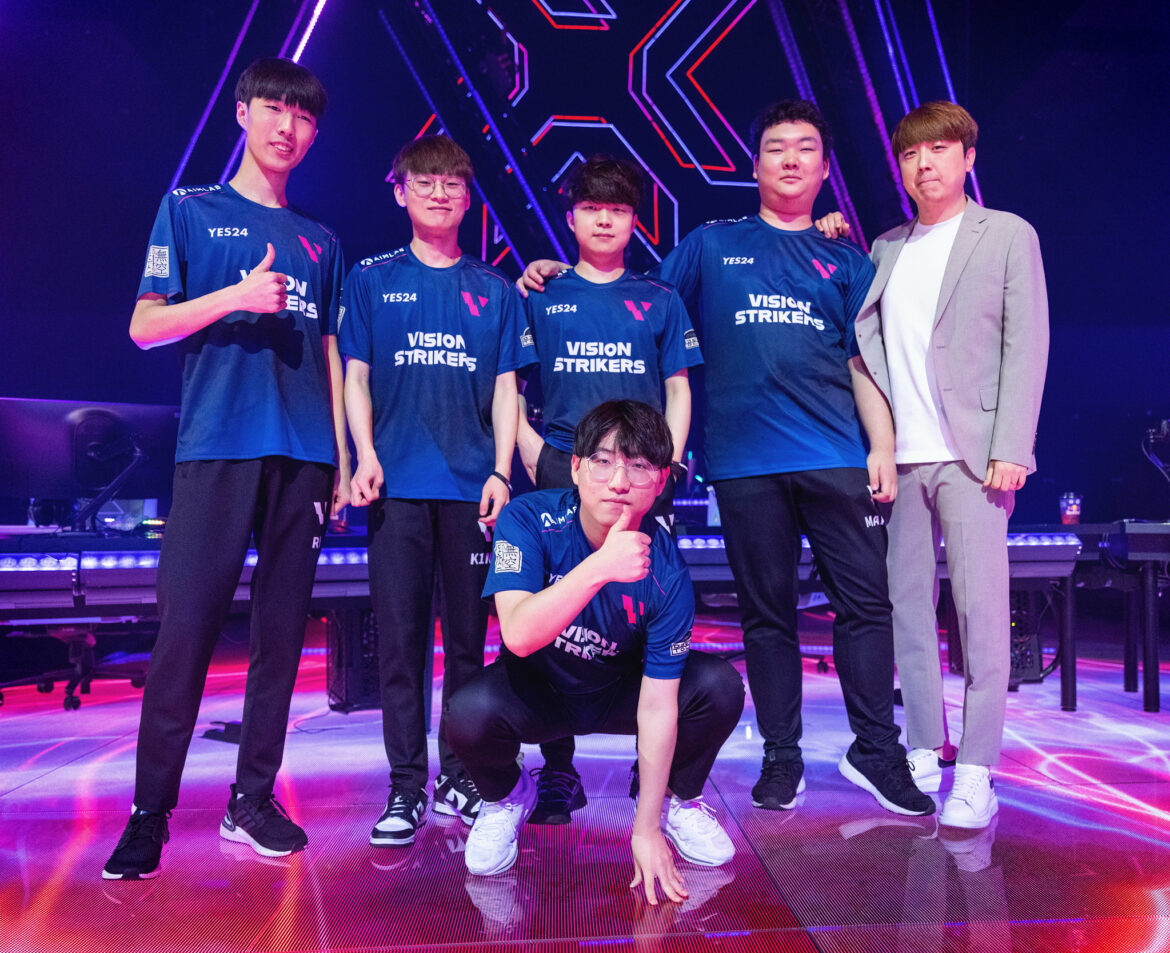 Vision Strikers, the No.1 South Korean seed in Stage 3, have booked a spot for themselves at Champions.

Vision Strikers became the fourth team to qualify for VCT Champions after taking down Europe’s Acend 2-0 (Haven 13-7, Icebox 13-9) in the group stage of VCT Masters 3: Berlin, additionally securing a place in the playoffs alongside 100 Thieves and Envy.

VCT Champions 2021 will take place tentatively from December 2-12 in Berlin, Germany, and will include an as-yet-undisclosed prize pool. Other details regarding the tournament are yet to be revealed. Sentinels, KRÜ Esports, X10 Esports, and Team Secret are among the teams that have already qualified for the event.

The Korean team qualified by accumulating enough VCT circuit points throughout the year. Previously, Vision Strikers entered Berlin with 275 points. They gained an additional 140 points after securing a spot in the playoffs.

NUTURN Gaming and F4Q, the second and third standings of the VCT Korea circuit, will have another chance to qualify via the APAC Last Chance Qualifier, tentatively scheduled around mid-October. They will face off teams from the SEA, Japan, China, and India region to battle it out for a spot at Champions.

In another scenario, DWG KIA still have a shot to play in the Last Chance Qualifier, depending on if Vision Strikers won Masters 3: Berlin, additionally taking NUTURN Gaming to Champions and making additional room for DWG KIA in the LCQ.

With Vision Strikers qualified to Champions, the updated team list for the world championship event looks as follows:

At the end of Masters 3: Berlin, we will have eight more teams confirmed for the event, with the remaining four to be decided after the Last Chance Qualifiers conclude.