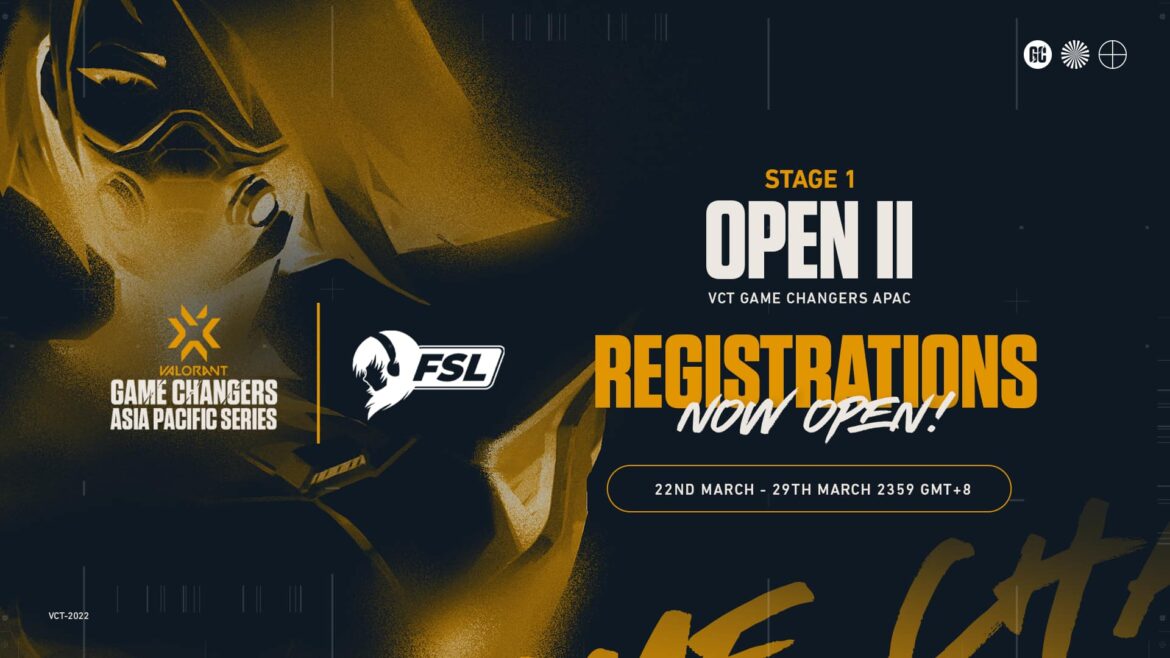 FSL has launched the registration process for the second edition of the VCT Game Changers APAC Open circuit, featuring a US$5,000 prize pool.

The group stage of VCT Game Changers APAC Open 2 will kick off on April 2-3, with teams from the APAC region, excluding Korea, China, and Japan, able to sign up for the online tournaments through FSL’s website.

Starting from VCT Game Changers APAC Open 2 onwards, the qualifying process will begin with a group stage, featuring 16 groups of four teams battling it out in a best-of-three, single round-robin format. From there, one team from each group will advance to the knockout stage on the second day of the group stage.

Eight top teams will proceed to the double-elimination playoffs, scheduled to take place from April 7-10 to fight for the lion’s share of the US$5,000 prize pool.

Teams will earn VCT Game Changers Circuit Points in order to qualify for the US$35,000 APAC Elite stage. Three top teams from the circuit standings will qualify at the conclusion of VCT Game Changers APAC Open 4 in June, with the other five berths given through the Overtime and Last Chance stages.

Registration for VCT Game Changers APAC Open 2 will remain open until March 29, 11.59 PM SGT (UTC+8). Details on the registration process and rules of the tournament may be found below:

According to FSL, more than 757 players from 20 countries participated in the 2021 edition circuit. Alter Ego Celeste were crowned the Queen of SEA titles after winning VCT Game Changers SEA FSL Elite 2021 and ending 2021 with a near-perfect run.

VCT APAC Stage 1 Challengers Knockouts – What you need to know