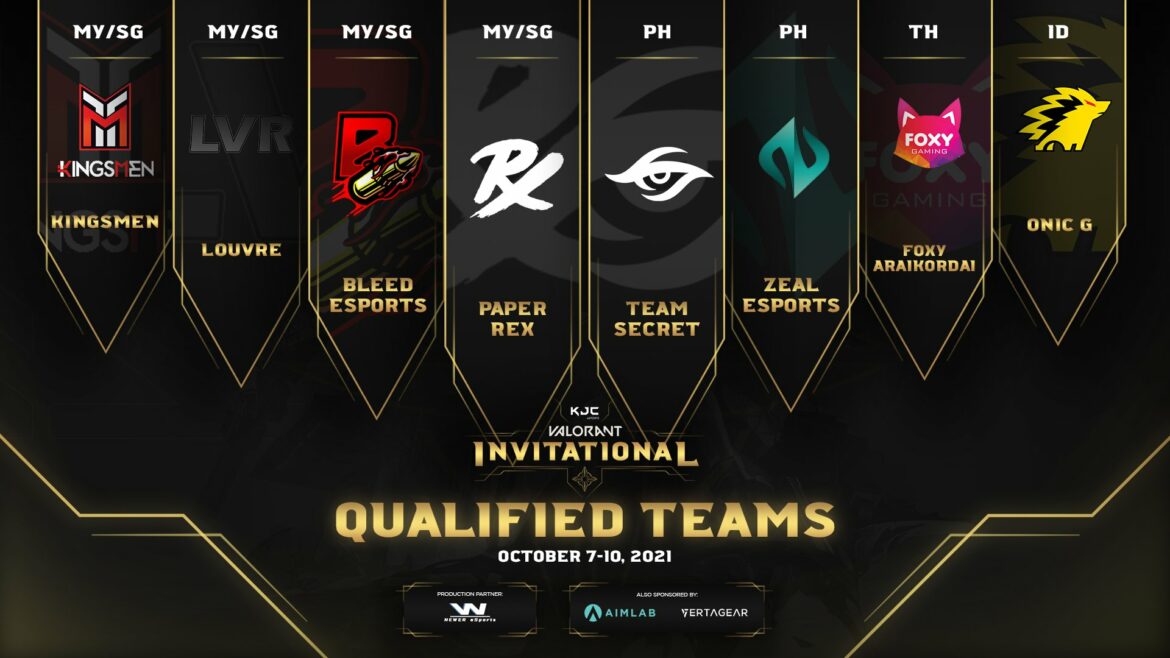 Zeal Esports, Bleed eSports, and LVR are among the six teams that earned playoffs spots after fighting through the closed qualifier and the last chance qualifier brackets.

Kicking off on October 7, the KJC eSports VALORANT Invitational Playoffs will feature six teams that battle their way through four GSL groups and a last chance qualifier bracket, as well as two invited top SEA teams, to fight in a best-of-three (BO3), double-elimination playoff bracket to duke it out for a total of US$5,000 grand prize.

Zeal Esports, Bleed eSports, LVR, and Kingsmen were the four teams that topped their respective groups, earning themselves places in the playoffs. They are joined by two second-seed teams: ONIC Esports and Foxy Araikordai, who made it through the last chance qualifier, beating Alter Ego and Sharper Esport, respectively.

ALSO READ: VCT APAC Last Chance Qualifier – Catch up prior to the event

ONIC Esports, who come off a 9th-12th place finish in the VCT Stage 3 – SEA Challengers Playoffs, face a stern test in the first bracket round against Team Secret. Apart from that, this will be Jessie “JessieVash” Cristy Cuyco and co.’s debut under the Team Secret tag.

Another quarter-final contest that could turn out to be quite entertaining will be the one pitting Zeal Esports against Bleed eSports. After looking lost in Stage 3, the Philippine side have been showing up a strong presence throughout the group stage against SEA Challengers Playoffs’ second runner-up Alter Ego, and The Infinity Esport. Meanwhile, Bleed eSports topped Group D after defeating Taiwan’s Five Ace e-Sports and Sharper Esport. The former UwU squad also had the most significant round differential of any group stage team.

Paper Rex are set to face off against Thailand’s Foxy Araikordai — this will be PRX’s first encounter with Jinggg as their fifth player after shiba’s move to a substitute role last month. Lastly, the final match of the first round will be a domestic showdown between LVR and Kingsmen, who have previously met nine times, with Kingsmen winning 5-4 overall.

Below you can find the quarter-final matchups and schedule:

The prize distribution for the KJC eSports VALORANT Invitational is the following: