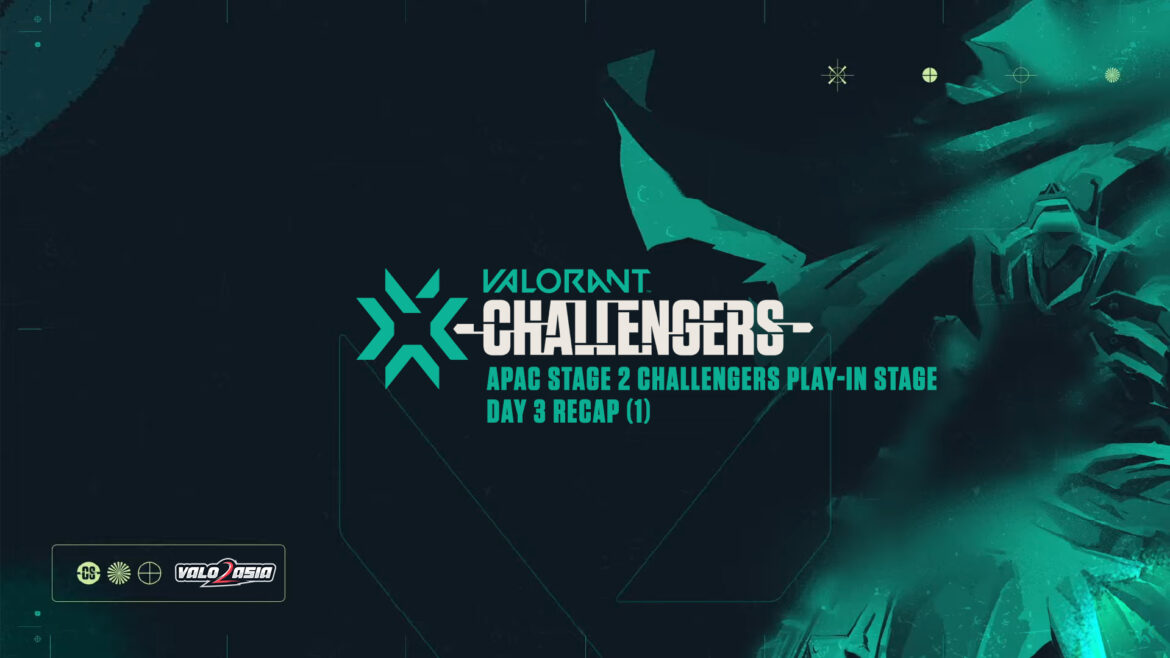 MiTH and Bleed eSports have advanced to the group stage of VCT APAC Stage 2 Challengers after winning their respective winners’ matches against BOOM Esports and Rex Regum Qeon in the Play-In stage.

MiTH and Bleed eSports now join the list of teams competing at the group stage, which will be happening from June 15-20, with the two teams coming through the play-in stage. The two deciding matches tomorrow will send two more teams into the group stage.

BOOM Esports and Rex Regum Qeon are not out of contention just yet. With these defeats, they will have to win one more match in Group A and B, respectively, to avoid elimination and advance to the group stage.

The Group A decider will be played between BOOM Esports and the victor of CERBERUS Esports and Enigma Gaming, while Rex Regum Qeon will face the winner of Ghetto Artist and Team Big BAAM tomorrow.

Made in Thailand vs. BOOM Esports

The series kicked off on Icebox, MiTH’s map pick, where they established an early 4-0 lead before BOOM Esports demonstrated why they were the better team on this map, notching eight consecutive rounds, highlighted by yet another impressive individual performance by Gary “blaZek1ng” Dastin who led by example. The second half was more of a back-and-forth contest consisting of both teams winning stretches of rounds at a time. The Thai squad, however, were unable to tie things up as BOOM snuffed off the comeback attempt to pick up the opening map, 13-9.

Breeze followed, and this map was not as close an affair as some would have expected. Made in Thailand responded to the map loss with a solid opening and maintained the edge, only giving the Indonesians a couple of rounds to play in the first half, which they could never turn into two consecutive rounds. The Thai squad refused to take their foot off the gas and won five of the following six rounds to seal an emphatic win, 16-5, to move on to the final map.

The match then moved to Haven to determine which side would first advance to the group stage. With the momentum on their side, MiTH did not slow down on Haven. They confidently grabbed nine consecutive rounds before sparing two to BOOM before the half ended. BOOM Esports found some form by winning the second pistol round and the following two, but it seemed like just a formality before Kantapon “Kadoom” Kingthong and co. would close the map with yet another 13-5.

Kantapon “Kadoom” Kingthong was the most impactful player for MiTH when it comes to the fragging department with Jett, having finished with an average of 282 ACS and providing 18 opening kills throughout the series

RRQ were off to a furious start on Ascent, Bleed’s map of choice, with a 4-0 lead. However, their early success was met by stiff opposition that saw Bleed eSports remain in control mid-game and catch up with the score, 6-6. Moving to the second half, RRQ’s offense was not as potent as it had been in the first. With the wind in their sails, the Singaporean side raced in circles around RRQ, edging out their rivals, 13-11.

A 5-0 lead on the next map, Split, going Bleed eSports’ way meant danger for RRQ. After the 8-4 switch in favor of Max “maxie” Lönnström’s squad, however, everything changed. The Filipino squad gave Bleed eSports absolutely little time to be innovative, taking the first round with a pistol round victory and claiming round after round. Nathaniel “Nexi” Cabero was leading the way on the defense, posting 380 ACS on the aforementioned side as RRQ won nine out of the following eleven rounds to claim Split, 13-10.

Francis “Rabbet” Danison Buñag and James “2ge” Goopio put in a big pistol round on the attacking side of Haven to push his team out of the gate first and into a 7-5 lead before halftime. Bleed eSports, on the other hand, significantly turned things around after going to the defensive side of the map and used their pistol round victory to fuel the comeback, conceding just four rounds before winning the series 13-11.

Derrick “Deryeon” Yee led the scoreboard for the series with 252 ACS and 19 opening kills to his name.