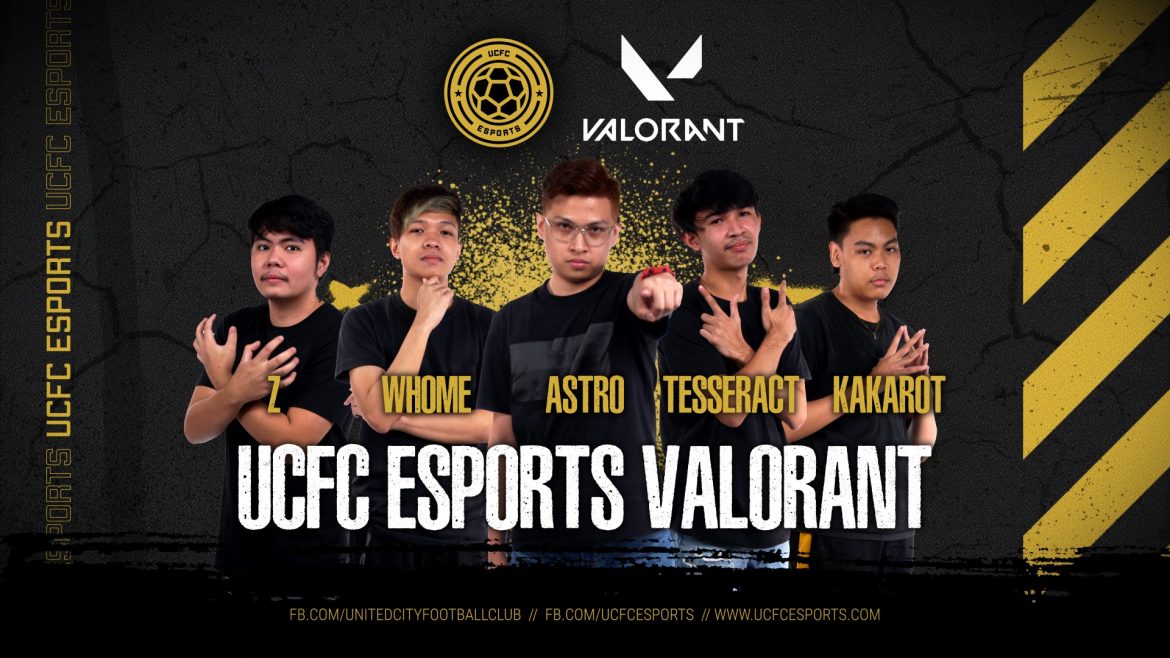 In early June, the squad played as ‘No Org’ in the SteelSeries Prime Tournament Philippines. The team finished fourth in the tournament, defeating the likes of Oasis Gaming and South Built Esports in the playoffs before falling 13-11 to Galaxy Racer in the lower-bracket final.

“The global growth of esports has been tremendous, and we are fortunate that the Philippines’ esports scene is growing rapidly, which paves a great path for us to take on this venture,” said Eric Gottschalk, CEO at United City Football Club.

“We are very serious about expanding our horizons to a younger demographic, and we set out to replicate the sporting success of our football division with our esports division to adhere to the same mission and values that the club has already established“, said Gottschalk.

“After my previous team disbanded, I was actively looking for a new team. Luckily, I came across some promising players as well looking for a team. We decided to form a team. Months of practicing, grinding, and joining tournaments, UCFC contacted us and offered themselves to become our official organization.

We were over the moon knowing that our dedication and hard work were noticed. I am excited to show what our team can do together with our organization, UCFC, to the Valorant scene.”

United City Football club follows in the footsteps of several Southeast Asian football clubs that have entered the esports ecosystem, such as Indonesia’s Island of Gods (IOG eSports), owned by Bali United FC. The club competes in the ‘Liga 1’, Indonesia’s top-tier soccer league.

The Filipino’s debut under the UCFC Esports banner is expected to take place in the upcoming VALORANT Champions Tour (VCT) Stage 3 Challengers 2 Open Qualifiers, which is set to run from July 16-18.

UCFC Esports’ lineup is the following: