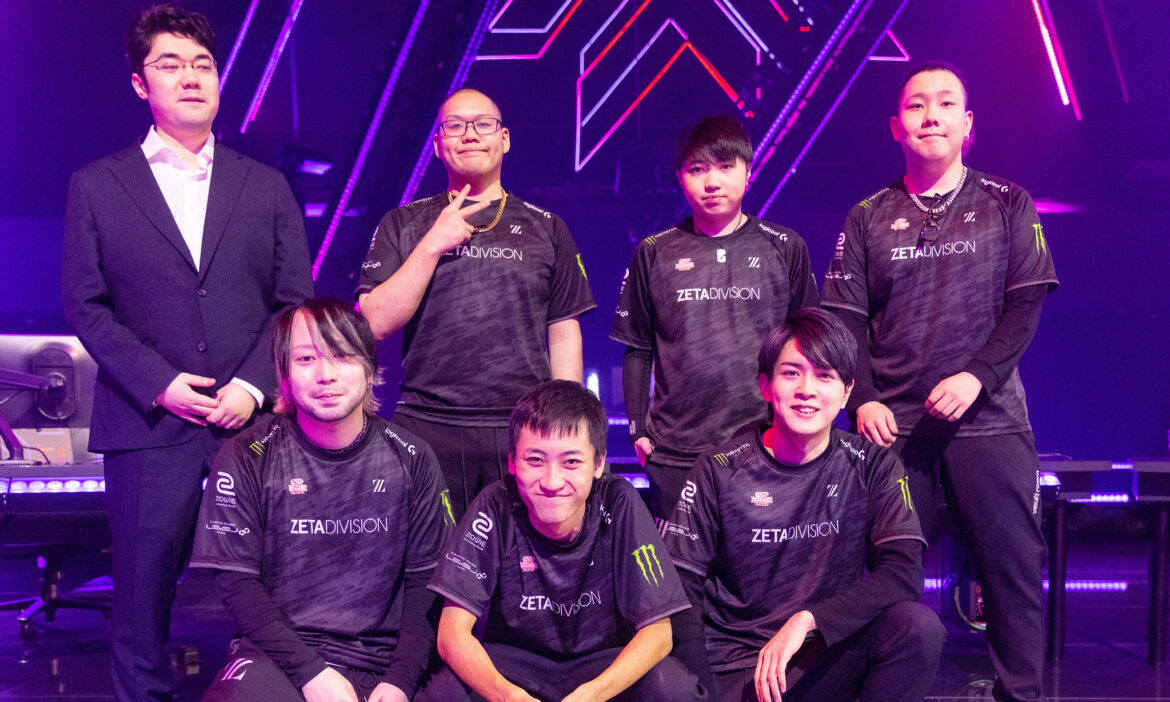 One of Japan’s most successful FPS rosters are undergoing core member changes for the first time in three years.

ZETA DIVISION have brought Northeption’s duo of Tenta “TENNN” Asai and Shota “SugarZ3ro” Watanabe to the lineup, and transfer deal of REJECT’s Yuma “Dep” Hashimoto with Ryumon “Reita” Oshiro. Meanwhile, Ryo “barce” Takebayashi will move to ZETA’s streamer division, while Miyamoto “makiba” Akastuki will be inactive for the 2022 season.

The changes come after a drop in form for ZETA DIVISION, who dominated the regional scene, including representing Japan at Masters 3 Berlin, but since haven’t been able to replicate their success internationally.

Following the downfall, with losses to KRU Esports and Keyd Stars in Berlin, ZETA DIVISION decided to opt-out and use the remaining months to rebuild the team coming to the next season of the VALORANT Champions Tour, giving way for NORTHEPTION to participate.

Joining the team are two NORTHEPTION players TENNN and SugarZ3ro. The former player was one of the squad’s most-impactful players aside from Seoldam in the VCT Asia-Pacific Last Chance Qualifier, where the team unexpectedly finished second behind FULL SENSE despite bringing two stand-ins.

TENNN, who also represented his country in the Overwatch World Cup 2019, placed second on the scoreboard in each of the four series they competed in the aforementioned event. And SugarZ3ro, a Controller player and former Rainbow Six Siege professional, had previously represented the organization since its inception in early February of this year.

The final piece of the puzzle is Yuma “Dep” Hashimoto. He was acquired by ZETA DIVISION, in a deal with REJECT to loan Ryumon “Reita” Oshiro for one year. Prior to playing VALORANT, Dep had previous experience in the highest level of Overwatch and PUBG PC and represented his country in the Overwatch World Cup 2018 and PUBG Nations Cup 2019, respectively. However, after REJECT finished 7th-8th in the VCT Stage 3 – Japan Challengers Playoffs, the team’s first member decided to take a break from competitive play.

The changes bring the five players’ three-year tenure together to a close, which stretches back to their days in Counter-Strike: Global Offensive as Team Absolute (Reita, barce, takej, Laz, crow). While Akatsuki “makiba” Miyamoto, the team’s most recent recruit, will be inactive for the 2022 season after appearing in only 13 series.