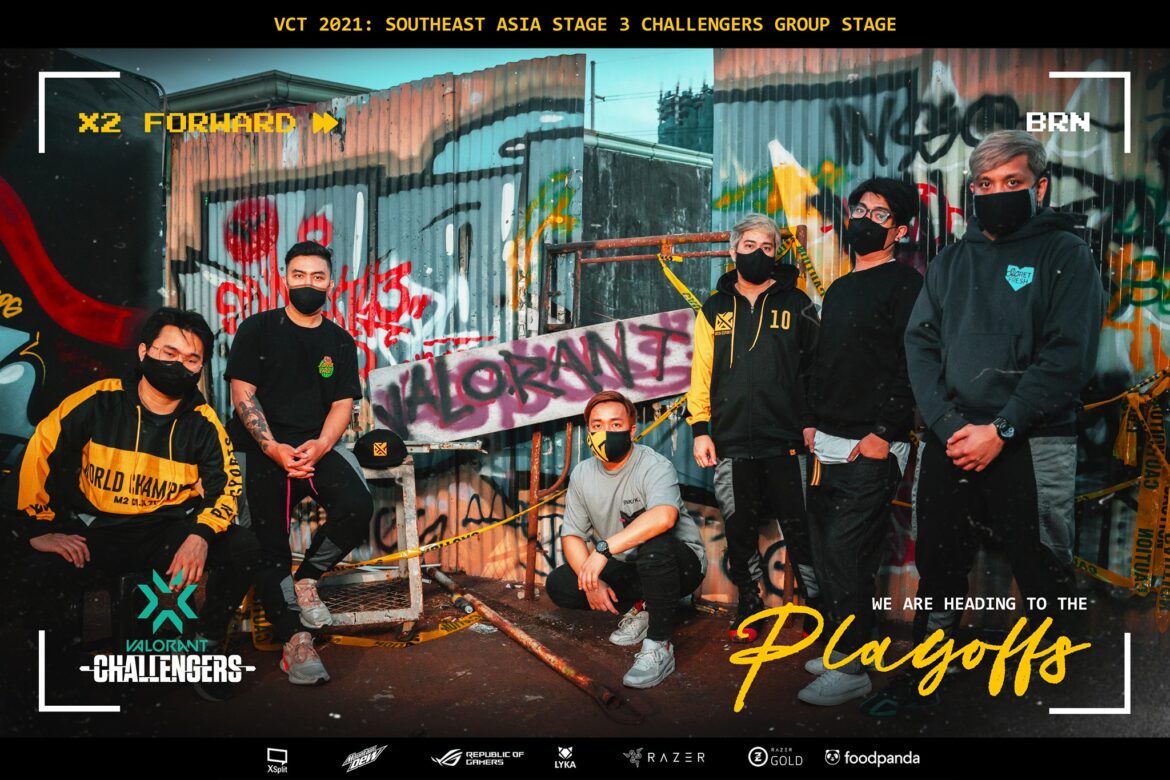 Bren Esports VALORANT on the mental health coach impact to the team, Filipino community, and more

Bren Esports VALORANT sat down with VALO2ASIA ahead of the Filipino team’s journey to Berlin, and touched on the impact of their mental coach, the Filipino community and what changes they feel have had the biggest impact on their improvement since VCT Stage 2.

Bren Esports, the winner of the VCT Stage 3 – SEA Challengers Playoffs, are set to embark on their journey to Berlin in a few short days, and will face stiff competition in Group D alongside Sentinels, G2 Esports, and Team F4Q. They will face the latter team in their opening match-up of VCT Masters 3: Berlin.

Ahead of their debut against non-Asian teams, VALO2ASIA.com briefly spoke to two players of Bren Esports VALORANT: Jim “BORKUM” Timbreza and Riley “witz” Go alongside coach Gilbert “Gibo” Sales Jr. for some insights on the addition of their mental health coach program and the impact of it. The team also touched on an adjustment period between Stage 2 and 3 as they try to find a balance after the arrival of witz to the roster, which improved the team’s structure.

VALO2ASIA: To Gibo – for people outside of the Philippines, could you tell everyone a little bit about you? Your background in esports, and how did you get into coaching the Bren Esports players.

Gibo: Hello, I’m Gibo. I’m currently with Bren Esports as their coach and manager for the VALORANT division. I started playing competitive way back from DotA 1, but my first taste of real Esports is from League of Legends Worlds Season 1 (2011) representing the Philippines under Team Pacific.

In VALORANT, I originally played on the original roster of our team, but as soon as Dispenser and DubsteP joined the roster, I stepped down to give the squad a far greater chance of winning.

VALO2ASIA: Let’s start off with the classic – how have you and the rest of the players prepared before flying to Berlin?

Gibo: We are not able to practice a lot at the moment since we’ve been busy completing our requirements for visas this week. Our appointment is set for August 30th and 31st. I’m crossing my fingers that we’re accepted [to Germany]. However, once we land in Berlin, we will get back to business by resuming our practice regimen; play as many scrim games as feasible without jeopardizing our mental health. The only difference is that we will have international scrim partners instead of just SEA teams there.

BORKUM: Me and the rest of my teammates are still fixing some documents for our visa. For now, we are consulting with our mental health coach to be mentally prepared for the upcoming tournament. In terms of in-game, we focus on our individual selves. Once we land in Berlin, we will talk about our team preparations for Masters, especially in our group stage.

VALO2ASIA: Coming into VCT Berlin, you have less than a week of preparation, including the quarantine, and other things. Do you think that it’s enough for you guys to shift your focus on adapting to a non-SEA playstyle? Or are you more focused on internalizing your game plan?

Gibo: It will never be enough for us. If our body and mental health can handle 24/7 practice then we will do so.

BORKUM: I think it doesn’t matter at all as long as we would be able to adapt to non-Asia strats. All of the teams have their official matches that we can review and we’ll do our homework. We talked about it already that we have less than a week of preparation so our priorities are focusing on improving our communication, playstyle, how they play, and what can we do depending on the map that we’ll be playing against.

witz: Shifting our focus would be crucial as we haven’t had any previous matches with non-Asian teams. Nonetheless, we’ll make sure to do our best in our upcoming matches.

VALO2ASIA: Going back a few months, what changes did you make within the team that in your opinion made Bren Esports improve from 5th-6th place at Stage 2 SEA Playoffs to the eventual winner three months later?

Gibo: One word to describe it, “Mentality”. Less than one month before VCT Stage 2 – SEA Challengers Playoffs commenced in April, Riley “witz” Go joined as the latest addition. Numerous changes inside the team have occurred since he arrived. We were even unsure about our roles at that moment. Nevertheless, we’re approaching the game much better than before. We are only focused on our own games. We are much more synchronized than we were before. Our mindset is entirely concentrated on the execution of plays.

BORKUM: Last VCT Stage 2 SEA Playoffs our roster was quite new with the addition of Witz. At that time, we were building the chemistry of the team with Witz and finding the right role for Witz that he’s comfortable playing for the team. After the Stage 2 SEA Playoffs, we improved a lot especially on our communication since the addition of Witz. He made some impact on the team and everyone is just focused while doing their work. Whenever we have mistakes or miscommunications, we would talk about it, fix what went wrong, and what are the better ways to approach certain situations which could lead us to victory for that specific round. We did our best at Stage 3 SEA Playoffs by focusing on ourselves, how we’ll be able to help our teammates, communicating what we will do on that round. We didn’t want to have a sloppy performance like the upper bracket finals, we just want to win every single round.

VALO2ASIA: Hours after Bren Esports won the Berlin qualification match, you guys introduced the team behind your mental preparation. How big of an impact did they bring to the table do you feel?

Gibo: It’s one of those seemingly little details that have a significant effect on our players.

witz: The people behind us were very helpful especially our mind coach Ms. Hazel Calawod, they helped us start fresh, focusing on what’s ahead of us instead of lingering on the past matches or events that happened.

VALO2ASIA: What do you think about the group draw? Give us your thoughts as you’ll face F4Q, Sentinels, and G2 Esports in Group D.

witz: Our Group Stage looks very exciting, as this will be our first time to compete with non-Asian teams! Sentinels being the No. 1 team in the world, and also G2 and F4Q which are teams that we definitely look up to!

VALO2ASIA: What are your thoughts on you and Paper Rex representing the Southeast Asian region in Berlin?

Gibo: Paper Rex has been one of the most consistent team throughout the VCT. It’s a no surprise of us that they qualified for Berlin as well.

VALO2ASIA: How huge is the VALORANT community in the Philippines? And how’s the support behind Bren Esports after the news broke out that you will represent the Philippines at Berlin later next month?

Gibo: The word “huge” is insufficient to describe [the Filipino VALORANT community]. It goes beyond that. I’ve been communicating with the community on Discord throughout the tournament, and the support has always been there; we are grateful to have the whole community on our side!

VALO2ASIA: Is there anything you would like to say to your fans & the viewers?

How Vision Strikers Made Their Way to The...