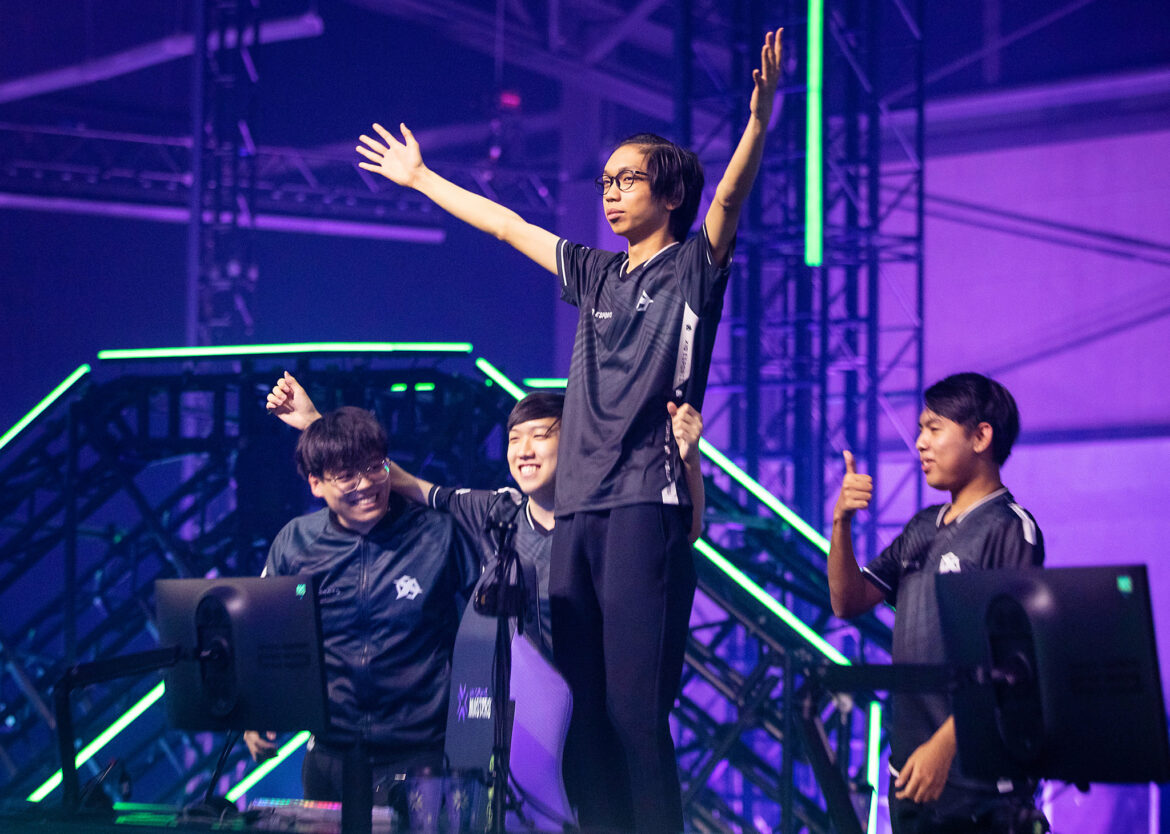 And yes, they’re mostly Jett players. See our honorable mentions below for the mostly non-Jett players.

As Stage 3 draws to a close, sixteen of Southeast Asia’s finest teams will show what they’ve got in order to earn a spot at Masters 3 Berlin. Only two of these teams will make it, and we’ve put together a list of players that may be the differentiating factor for these teams. There are some recognizable faces from other games who have successfully transitioned, and some are new players who are set to create their own new era.

Saibani “fl1pzjder” Rahmad has become a well-known face in the Indonesian VALORANT community. He currently plays for BOOM Esports as a duelist. He made a name for himself by mostly playing Jett throughout his career. Before joining BOOM, he was a member of NXL Ligagame, the winner of First Strike Indonesia. After the team dissolved, he took the opportunity to play in BOOM Esports, a team comprised of more experienced players as well as rejoining the same organization he had previously represented in his Counter-Strike career.

While he didn’t quite live up to his full potential during the first and second weeks of VCT Stage 3, the last week was when he proved to everyone why BOOM chose him in the first place.

ALSO READ: fl1pzjder – “I’m confident in my decision to go with BOOM over the others”

The recently-turned 16-year old Cahya “Monyet” Nugraha surprised everyone in Stage 3 by leading ONIC G to victory – something no one saw coming for sure. He came into the active lineup at the right time only weeks after his 16th birthday, which is Riot Games’ age limitation to play. Monyet as definitely impressed his fans and others in the Indonesian scene, with many calling the young player the “next hot export from Indonesia”. This is the same reason why ONIC G did not show up at all in Stage 2. ONIC G took a gamble and skipped the whole VCT Indonesia Stage 2 in order to show their full potential with the starting five at the “perfect moment.”

“It’s a mixed sensation. However, one thing is certain: I’m delighted with the choice not to play in VCT Stage 2 with a stand-in. Rather than that, we waited until VCT Stage 3 to play with our full lineup and qualified for the SEA Challengers Playoffs in the first week, which includes all of the country’s best teams. I’m very thankful to God that our hard work has finally paid off.” – Michael “SEVERiNE” Winata, captain of ONIC G.

ALSO READ: ONIC SEVERiNE – “The skill gap has narrowed, so there’s no such thing as impossible”

Jason “f0rsakeN” Susanto, a former CS:GO player, has been showing a world-class level play against APAC’s highest-ranked teams. Despite arriving late to the party in February of this year together with the rest of the Paper Rex players, he is undoubtedly one of the tournament’s “must-watch” players. During the regional challengers, where the Indonesian player participated with Paper Rex in the MY/SG region, the 17-year old Indonesian showed extraordinary talent and depth in his agent pool, playing a total of seven different agents with an average ACS of 279.

It’s tough to have a list of prominent players without including Khalish “d4v41” Rusyaidee. The Malaysian has been putting up the most consistent performance in the last three weeks of MY/SG Stage 3. D4v41 is also a part of the same roster on Paper Rex that transitioned to VALORANT together with f0rsakeN. Both players were one of the keys to Paper Rex’s success as Singapore’s highest-ranked team, according to VLR. The Malaysian player usually switches roles with f0rsakeN depending on the situation, and he is a formidable force.

Nguyen “nizzy” Thanh, the duelist player of EGO, has never failed to deliver, especially in the final week, where he lead the team to beat FearUs, Fancy United Esports, and YAMAGAN twice. Nizzy, together with EGO, will be up against Thailand’s Sharper Esports on the first day, followed by Bren Esports on the second day. It’s refreshing to see new faces in the Vietnamese scene make a strong impact and we’re excited to keep our eyes on this one.

It was tough to make a conclusive list with the constantly evolving meta, team dynamics and upsets in our region. The following players are by no means a level below our five chosen ones, but maybe it has something to do with not being a Jett main? Here are our honorable mentions which deserve your attention this weekend too.

Hailing from Bren Esports’ CS:GO division, Riley “witz” Go was able to adjust to a fairly new-launched game in just a matter of months before jumping at the chance to wear the same jersey he wore before retiring from CS. Witz, who is also the squad’s youngest member, has been highly influential with Reyna, and sometimes Skye and Sage. Bren Esports need the best out of him in the upcoming VCT Stage 3 SEA Challengers Playoffs if they want to make it to Berlin.

Interestingly, the next player was the one who helped witz in the early days of VALORANT, when he was in the midst of his transition from CS:GO. “I learned a lot from other professionals players such as PTC. I played for two months with him under the MiTH banner. He taught me a lot about VALORANT. After the team disbanded, thankfully Bren offered me a spot on their team, and that’s how I am where I am today!” – Riley “witz” Go.

ALSO READ: Witz – “Switching to VALORANT was a very tough decision, but I took a leap of faith.”

Kititkawin “PTC” Rattanasukol is one of the most experienced VALORANT players in Thailand. PTC has been renowned for his incredible aim since his Counter-Strike days, which led to him playing internationally for a significant duration. He has performed for a number of well-known organizations in VALORANT, including Attack All Around, NG.Blue, MiTH, and now FULL SENSE.

PTC typically serves as the team’s Initiator or Duelist. Statistically, he is one of the highest-rated players in Thailand and was able to make a difference for his team when in need. FULL SENSE will be looking to avenge their loss in the VCT Stage 2 Challengers Playoffs when they were defeated by X10 Esports in the grand final, and perhaps win the whole tournament.

Muhammad “FrostyZ” Adam was previously seen in various Malaysian teams before landing himself in a Singaporean team consisted of former players of several different teams, including Team 600, Paper Rex, and Team LZ. FrostyZ has had a lot of success with UwU in both individual and team achievements, where the team placed second in the first week of VCT ever (VCT MY&SG Stage 3 Challengers 1), only falling short against Paper Rex. The next week saw them upset their final rival of week one, earning MY/SG’s first playoff spot. The young Malaysian player impressed many with his quick Jett plays, earning him the spotlight as one of Malaysia’s most promising upcoming talents.

Leaving Patiphan out did not have a major impact on X10 Esports, the Masters 2 Reykjavik representative of SEA, as many would’ve thought. They found themselves occupying the first out of three spots of Thai teams in the playoffs, and that is mostly thanks to foxz’s performance. Mainly playing as the team’s Initiator, Itthirit “foxz” Ngamsaard had a tremendous impact in the match when the team needed him most. During Stage 3 – Challengers 1, they took down PTC’s FULL SENSE comfortably in the grand finals 3-0.

Crazyguy really needs no introduction, as one of the most popular players in Vietnam he was once called “The Beast from the East” by the CS:GO community after his team at that time, Skyred, became the first Southeast Asian team to qualify for a tier one event. Ngô “crazyguy” Công Anh continues to flourish in VALORANT where he is currently playing for Team Big BAAM (previously known as Steal Your Glory). During his recent outings, he put up insane stats as Sova. The Vietnamese player should be the guy you watch if Sova is your ultimate agent choice.

ValdyN steps down from RRQ Endeavour; maez to stay