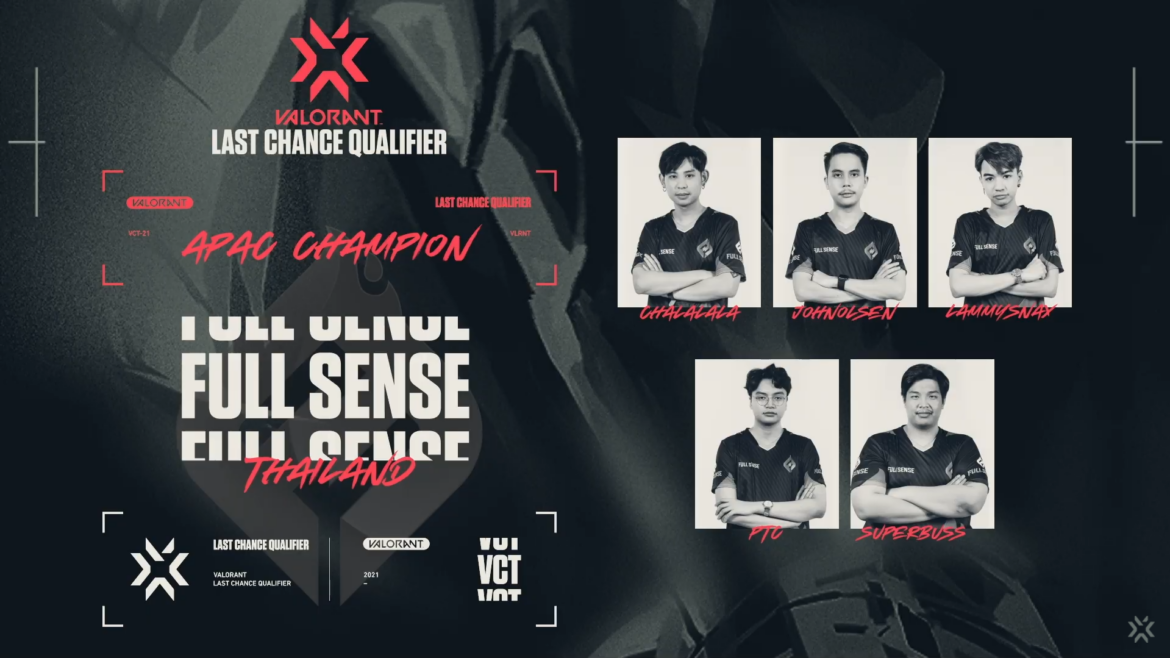 In their four-hour slugfest, the Thai squad displayed remarkable endurance and ferocity. They rallied from a map deficit to win the series in a dramatic fashion, with back-and-forth scenarios from both teams, which ultimately led to FULL SENSE’s triumph on the final map. The two finalists upset some of the bracket’s favorites on their route to the grand final.

Odds Were Against The Two Finalists

On the other side, FULL SENSE defeated REJECT and NUTURN Gaming before suffering a loss to the eventual tournament’s runner-up in the upper bracket, forcing them to play in the elimination match against DWG KIA to rematch the Japanese-Korean combination the following day.

Unfortunately for Tenta “ten” Asai’s sides, their second attempt at taking on FULL SENSE backfired as the Thai side came more prepared than their last encounter and made fewer blunders in the highly contested battle that spanned all five maps.

While Northeption got off to a stellar start with a win on the first map, FULL SENSE remained in firm control after a long-fought 34 round battle on Bind, which they lost, battering the Japanese-Korean side’s tactics to capture the last two maps and pull ahead 3-2 in the series, winning their first international title of 2021.

The deadly duo of Kititkawin “PTC” Rattanasukol and Chanawin “JohnOlsen” Nakchain were in spectacular form, boasting a 266.9 and 259.8 Average Combat Score (ACS), respectively, to finish as the APAC LCQ’s top performers, followed by Northeption’s Seoldam at 255 ACS, and Paper Rex’s duo Jason “f0rsakeN” Susanto and Benedict “Benkai” Tan at 246.7 and 243.1 ACS, respectively.