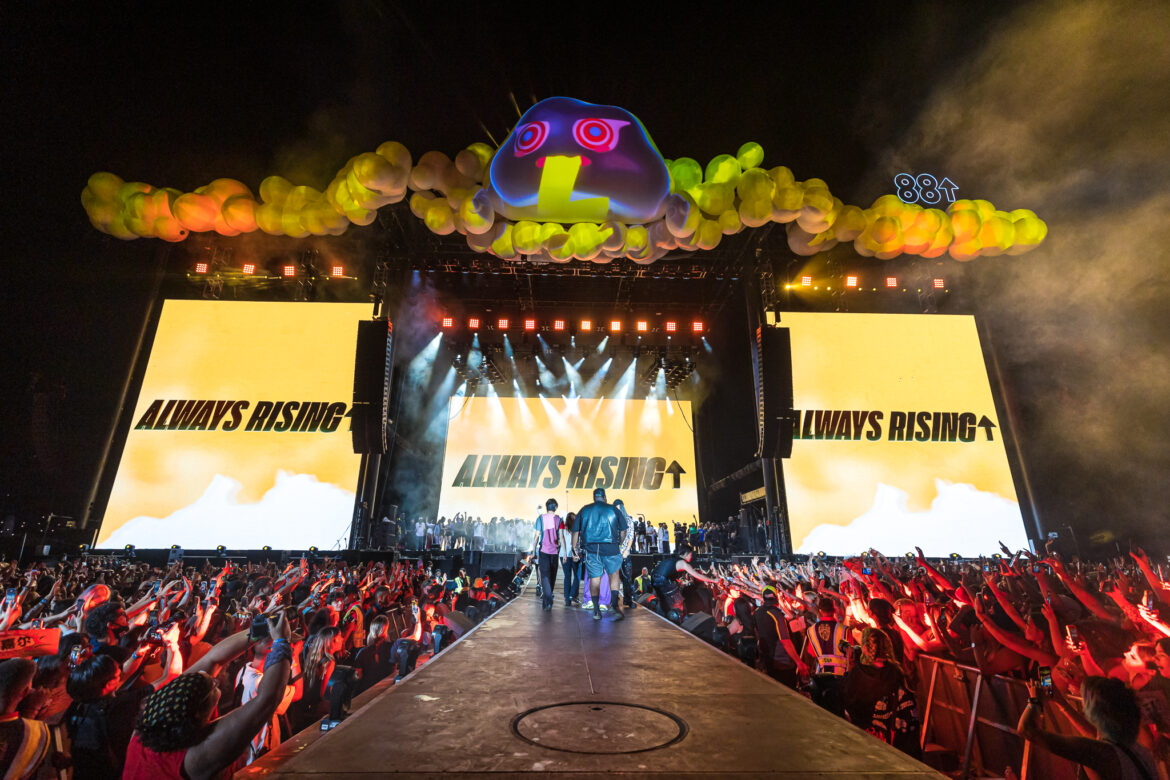 VALORANT announces collaboration with Head In The Clouds (HITC) Manila

VALORANT will be present at the upcoming Head In The Clouds Manila festival next month.

PHILIPPINES – Riot Games has announced its collaboration with New York-based record label 88rising to bring an immersive VALORANT-themed experience to the Manila leg of its Head In The Clouds festival next month.

Visitors are invited into the VALORANT Universe and in particular, through the Neon’s Crib, inspired by VALORANT’s first Filipino in-agent, Neon. Neon’s Crib will be brought to life as part of a VALORANT booth, providing fans with some unforgettable Insta-worthy moments.

Those at the festival can also look forward to meeting and listening to Ylona Garcia, the Filipino-Australian singer behind ‘Entertain Me’ – the single released in celebration of Neon.

Fans can also enjoy an immersive series of activities including guessing the code to unlock The Vault to win Neon swag kit as memorabilia, whilst stamps can be collected to redeem exclusive VALORANT and HITC Manila swag.

Speaking of the event, Joel Guzman, Country General Manager for the Philippines at Riot Games said, “Riot Games is more than just a gaming company. We strive to create immersive experiences through music, entertainment, and fashion, but with players as our number one focus.

Being able to collaborate with industry giants like 88rising and meeting our players at events like Head in the Clouds further elevates VALORANT’s position as a trendsetter that bridges both gaming and music, and we can’t wait for the local community to enjoy the immersive VALORANT-themed experience and activities at the festival.”

Jessi, a Korean rapper, was unveiled as the final addition to Head In The Clouds Manila’s 26-artist lineup earlier today. Taking place on December 9 and 10 at SM Festival Grounds in Parañaque City, the HITC festival in Manila will feature “La La Lost You” hitmaker Niki and “Sanctuary” singer Joji, along with Rich Brian and Jackson Wang.

As previously mentioned, Filipino artists Ylona Garcia, Zack Tabudlo, Guapdad 4000, and duo Manila Grey are also slated to perform in the two-day festival. “I’m so glad 88rising is bringing the Head In The Clouds Festival to the Philippines, and I’m incredibly grateful to be part of it! It’s been a while since I’ve seen my fans back home. I can’t wait to see every one of them,” Ylona said in a press statement.

“I am so excited to perform at the inaugural Head in the Clouds Manila. I missed y’all and it’s time to bring it to the Philippines.” says headliner Rich Brian.