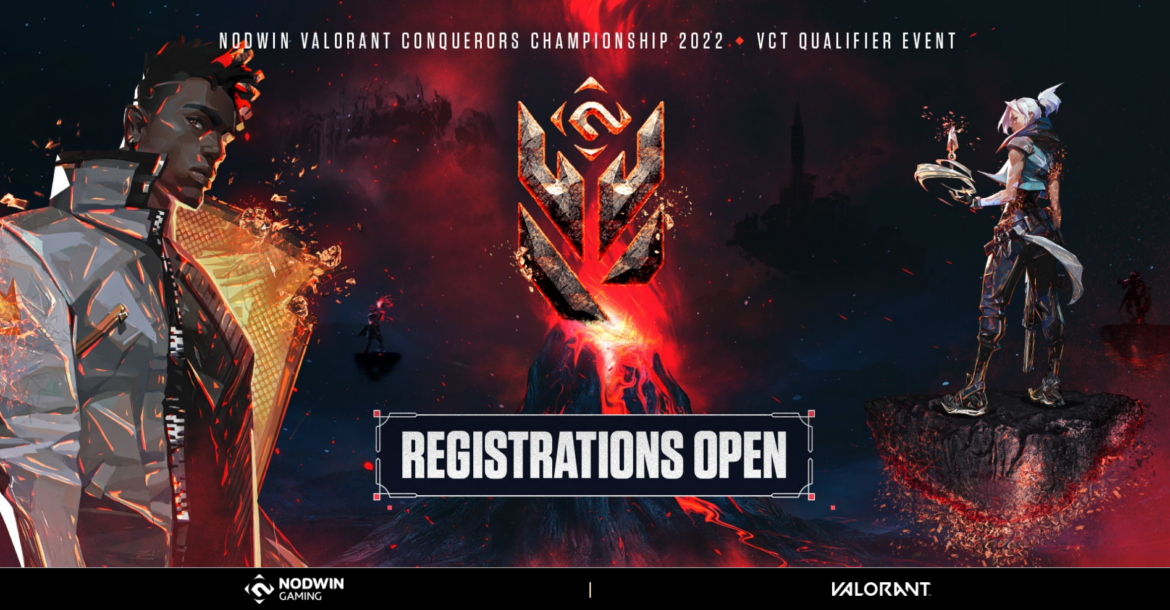 NODWIN Gaming has announced the 2022 edition of the VALORANT Conquerors Championship, with two berths in the VCT Asia-Pacific Challengers Playoffs on the line.

The playoffs will feature a total of eight contestants, determined via a number of qualifiers. The following table details the allocation of VCC slots per region and the corresponding dates:

VCC 2022 follows a similar structure as its first edition, held in June 2021. The qualifying process will begin with the respective region sending representatives to the playoffs. VALORANT Conquerors Championship 2022 will end with the top two South Asian teams making their way to the VCT Asia-Pacific Challengers Playoffs.

The regional qualifiers, which just opened today, will feature a single-elimination bracket, followed by the double-elimination playoffs held on February 25-27. In order to participate in these qualifiers, teams must have at least three of the players on their starting roster be Residents of the region they have registered for to be eligible for the selection process. The remaining two players and a  substitute should be residents and citizens of the South Asia and Southeast Asia regions.

The clash between Global Esports vs. Velocity Gaming in August 2021 was one of the most anticipated matchups in the history of South Asian VALORANT in the year. It has ushered in a new era in the region’s history. According to EsportsCharts, the match had a staggering 52,484 viewers at its peak.

Akshat Rathee, MD & Co-Founder of NODWIN Gaming, said in the official statement: “We’ve seen a huge interest build up among South Asian players for our VCC property since its launch, as it gives all Valorant players an opportunity to compete and leave their mark at an international level. This is the second year we are working with Riot on the VCC, and together we aim to elevate the level of the competition this year.”

Sukamal Pegu, Riot Games Publishing Leader, India, and South Asia, commented: “We, at Riot Games, are thrilled to be associated with NODWIN Gaming for VCC 2022, which will see participants from South Asia become part of this global circuit. This is a great platform for the Indian & South Asian esports talent to take on global competition.”

Teams can find more information about the regional qualifiers and the registration process by heading over to the official VCC website.

In addition to the spots in the VCT Asia-Pacific Challengers Playoffs, teams will also fight for a total of US$30,000 in the VCC Playoffs, with the prize breakdown between the top four finishers as follows: